BP’s profits double in Q4 of 2016 on the back of slightly higher oil prices and more cost-cutting.

The oil giant took another charge of $799 million for the Deepwater Horizon disaster, bringing total charges to $62.6 billion.

BP CEO Bob Dudley said: “2016 was the year we made significant strides for future growth.

“We start this year with considerable momentum – and a sense of disciplined ambition. We have laid the foundations for BP to be back to growth.” 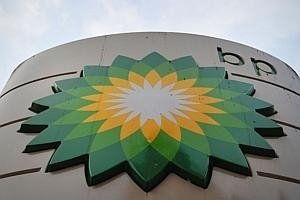 However, the profit figures were below some analysts’ forecasts, and BP shares fell 2% at the start of trading in London.

In 2015, the company posted its biggest loss in at least 20 years, ravaged by Gulf of Mexico spill costs and tumbling oil prices, which caused the group to axe jobs and cut investments.

However, Bob Dudley said that the costs and liabilities from the fatal Deepwater Horizon oil platform disaster were “now substantially behind us. BP is fully focused on the future”.

BP said it would balance its books at an oil price of around $60 per barrel by the end of the year. Oil companies have been selling assets and cutting costs to adjust to lower prices. Brent crude, the international benchmark, averaged $44 a barrel in 2016, the lowest in 12 years.