The Dow Jones Industrial Average has passed the 20,000 milestone for the first time on January 25.

The S&P 500 and tech-heavy NASDAQ were also at new highs, fuelled by hopes that President Donald Trump’s policies will boost the economy.

Investors’ cash has poured into shares on hopes of tax cuts and higher growth. 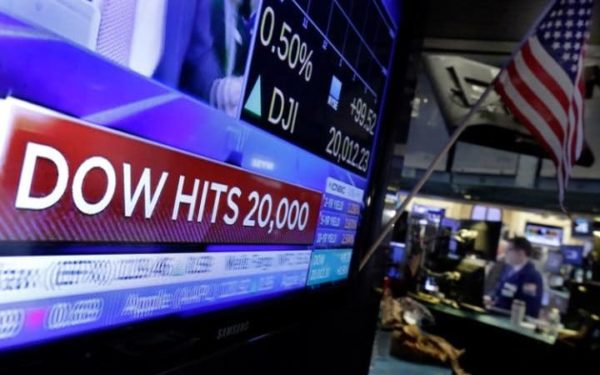 Donald Trump’s senior adviser Kellyanne Conway was quick to comment on the news, tweeting that the landmark was down to “The Trump Effect”.

If the index stays above 20,000 by the time the day’s trading ends, then it would mean the 42-session rise from the first close above the 19,000 mark would be the second quickest 1,000 point rise of all time.

Financial stocks have been a major factor in the gain – with Goldman Sachs and JPMorgan accounting for around 20% of it.

This is because investors believe that some of Donald Trump’s policies will trigger inflation and produce a rise in interest rates.