Samsung Electronics’ vice-president and heir-apparent Lee Jae-yong is to be quizzed as a suspect in a corruption scandal surrounding the impeached South Korean president, Park Geun-hye.

The tech giant is accused of giving donations to non-profit foundations operated by Choi Soon-sil, a close friend of President Park Geun-hye.

Samsung’s donations were allegedly made in exchange for political support of a controversial merger.

Since his father, Lee Kun-hee, suffered a heart attack in 2014, Lee Jae-yong, 48, is considered de facto chief of the entire Samsung Group conglomerate. 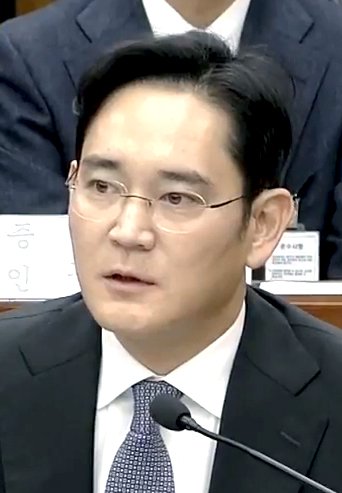 On December 9, the South Korean parliament voted to impeach President Park Geun-hye over the scandal – a decision the country’s constitutional court has six months to uphold or overturn. Until then Park Geun-hye remains formally president but stripped of her powers, which are handed to the prime minister, a presidential appointee.

The claims circle around a merger between Samsung’s construction arm, Samsung C&T, and an affiliate company, Cheil Industries.

Prosecutors allege that Samsung gave €2.8 million euros ($3.1 million) to a company co-owned by Choi Soon-sil and her daughter, in return for Park Geun-hye’s support for the deal.

Lee Jae-yong has already given evidence to politicians over the scandal, but this is the first time he will be interviewed as a suspect by investigators.

At the parliamentary hearing last month, Samsung admitted giving a total of 20.4 billion won ($17.46 million) to the two foundations, but denied seeking favors.

Earlier this week two other Samsung executives were questioned by the special prosecutors, but were treated as witnesses rather than suspects.

Park Geun-hye’s position began to unravel in October last year when details of her friendship with Choi Soon-sil began to emerge. They included revelations that the president had allowed her old friend – who holds no government role – to edit political speeches.

Since then, hundreds of thousands of protestors have gathered every weekend to demand President Park Geun-hye to resign.

Park Geun-hye denies wrongdoing but has apologized for the way she managed her relationship with Choi Soon-sil, who also denies committing criminal offences.

Choi Soon-sil has been charged with coercion and attempted fraud.