At least 20 people are now known to have died as the extreme cold weather continue to grip much of Europe.

According to authorities, 10 people died of cold in Poland on January 8.

The bodies of three refugees, two Iraqi and one Somali, were found near the Turkish-Bulgarian border.

Deaths have also reported in Italy, the Czech Republic and Ukraine.

Meanwhile, dozens of flights have been halted. In Turkey, the Bosphorus is closed to shipping after a snowstorm. Even Greece’s islands are covered in snow.

In Serbia, all river transport is suspended on the Danube. 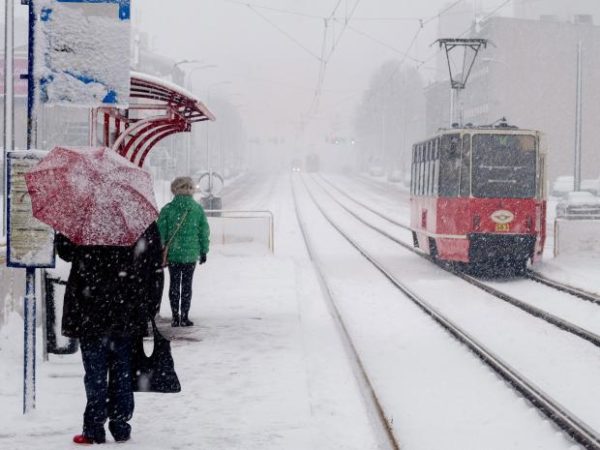 In some regions of Russia temperatures have plunged to more than -40C (-40F).

Normally milder Greece has witnessed temperatures of -15C (5F) in the north, where an Afghan refugee died of cold last week and roads were closed.

In capital Athens, the temperature failed to rise above 0C over the weekend and many of the islands were covered in snow.

Some of the Greek islands are home to thousands of refugees and many are being moved to temporary housing and heated tents.

Italian homeless hostels are opening their doors day and night as the weather has been blamed for the deaths of seven people, five of them living out in the open.

Airports in Italian cities of Sicily, Bari and Brindisi closed over the weekend.

In Russia, Moscow experienced its coldest Orthodox Christmas in 120 years on January 7.

Dozens of flights have been canceled or delayed in Moscow.

Schools in several regions of Russia are closed on January 9, however officials say milder temperatures are expected in the coming days.

Czech capital, Prague, had its coldest night so far this winter, officials say, with three deaths reported, two of them homeless people.

With the ten deaths confirmed in Poland on January 8, officials say country’s death toll from winter weather has risen to 65 since November 1.

On January 9, Warsaw and Krakow are providing people with free public transport as the authorities try to tackle high smog levels linked to the cold weather.