Akbar Hashemi Rafsanjani, a dominant figure in Iran’s politics since the 1980s, was the country’s president from 1989 to 1997.

He suffered a heart attack.

Rafsanjani played a pivotal role in the 1979 revolution but later in life became a counterpoint to hard-line conservatives.

Supreme Leader Ali Khamenei hailed a “companion of struggle” despite their differences, saying that the loss was “difficult and overwhelming”.

“The different opinions and interpretations at time in this long period could never entirely break up the friendship between us,” Ayatollah Khamenei said. 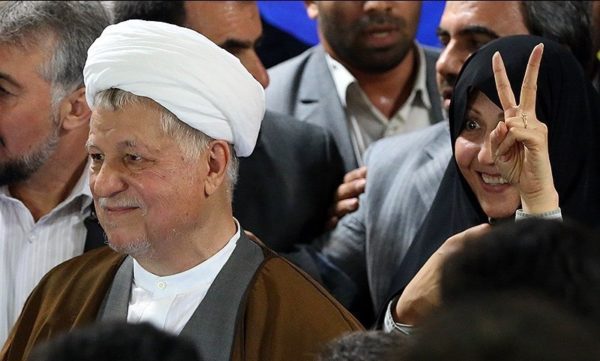 Akbar Hashemi Rafsanjani was admitted to the Shohadaa Hospital in Tehran on January 8, where doctors tried unsuccessfully for an hour to save him, media said.

A TV broadcaster broke into programs to bring the news, saying the former president “after a life full of restless efforts in the path of Islam and revolution, had departed for lofty heaven”.

Akbar Hashemi Rafsanjani had warm relations with President Hassan Rouhani, who was seen at the hospital shortly before the death was announced. A crowd reportedly gathered at the hospital later to mourn.

He was born in 1934 in south-eastern Iran to a family of farmers.

He studied theology in the holy city of Qom with Ayatollah Ruhollah Khomeini – who went on to lead the Islamic revolution of 1979 – and was imprisoned several times under the Shah.

In the last year of the 1980-1988 war with Iraq, Ayatollah Khomeini appointed Akbar Hashemi Rafsanjani acting commander-in-chief of the armed forces.

He was seen as the main mover behind Iran’s acceptance of the UN Security Council resolution that ended the war.

Akbar Hashemi Rafsanjani was also a key player in the development of Iran’s nuclear program.

He was a man known for a sharp wit but who could also be ruthless.

He advocated progressive economic policies, encouraging private businesses and improving infrastructure. His own business holdings were reported to be widespread.

Akbar Hashemi Rafsanjani ran for a third time for president in 2005 but lost to Mahmoud Ahmadinejad.

He became openly critical of the victorious president and in 2009, he sided with reformers who disputed that year’s elections. Nevertheless, Mahmoud Ahmadinejad won a second term.

Akbar Hashemi Rafsanjani continued to champion moderate causes, such as the release of political prisoners and greater political freedoms for parties prepared to work within the constitution.