The trial of Choi Soon-sil has got under way in South Korea.

Choi Soon-sil, a close friend of President Park Geun-hye, is at the center of an influence-peddling scandal involving the South Korean president.

She is charged with abuse of power and attempted fraud.

That trial, where the court must ratify or overturn a parliamentary impeachment vote, began despite Park Geun-hye’s absence.

Proceedings opened on January 3 but were curtailed because Park Geun-hye did not attend.

On January 5, the court went ahead anyway. 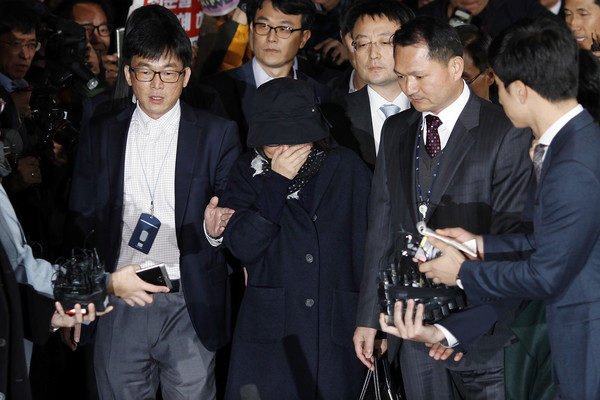 Park Geun-hye’s lawyer has previously said she will not be in court “unless there are special circumstances”, Yonhap news agency reported.

Both cases center on allegations President Park Geun-hye gave Choi Soon-sil unauthorized access to government decisions and allowed her to exploit their close relationship to solicit money from corporations for foundations from which she benefitted.

Both women have apologized but deny committing criminal offences.

While the impeachment process continues, Park Geun-hye remains formally president but with most of her powers handed to the prime minister, a role that normally has little executive authority.

Separately, Yonhap news agency reports that South Korea has sent a formal extradition request to Denmark for Choi Soon-sil’s daughter, Chung Yoo-ra, several days after saying they were working on it.

Chung Yoo-ra, a former national equestrian rider, was arrested in Denmark on January 8 and later appeared in court accused of overstaying her visa.

Part of the investigation into Choi Soon-sil’s activities relates to a gift horse from South Korean conglomerate Samsung allegedly for Chung Yoo-ra’s training.

The prestigious Ewha Women’s University in Seoul is also accused of giving Chung Yoo-ra a place – she has since left – because of her mother’s connections.