Republicans in the House have voted to weaken the Office of Congressional Ethics (OCE), the body that investigates claims of misconduct against members of Congress.

Under the change, the independent OCE would come under the control of the House Ethics Committee.

Republican leaders in the House had opposed the change. The newly elected Congress meets later and the full House will vote on the proposed new rules.

However, Democrats reacted angrily to the vote.

The proposals, tabled in an amendment to House rules by Congressman Bob Goodlatte, would weaken the OCE’s oversight of matters such as conflicts of interests and financial impropriety.

If the new rules package is voted in – as is likely as the Republicans have a clear majority – the OCE would be renamed the Office of Congressional Complaint Review. 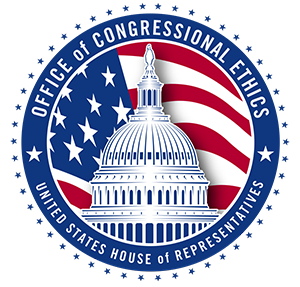 Under the proposals the new body would no longer be able to receive anonymous tip-offs, nor have a spokesperson, and would be under the supervision of the House Ethics Committee. Accusations against lawmakers would not be made public, as they are currently.

Any referral to law enforcement agencies would have to be approved by members of the committee.

Nancy Pelosi, the Democratic leader in the House, said the amendment to the rules would effectively destroy the OCE.

She said in a statement: “Republicans claim they want to <<drain the swamp>>, but the night before the new Congress gets sworn in, the House GOP [Republican Party] has eliminated the only independent ethics oversight of their actions.

“Evidently, ethics are the first casualty of the new Republican Congress.”

During his election campaign, Donald Trump repeatedly vowed to “drain the swamp” of Washington politics, claiming the federal government was corrupt and dysfunctional. He has not commented on the proposals for the ethics body.

Rank and file members voted to support it in a closed session of the House Republican Conference.

There was no advance notice of the move, which came late on a federal public holiday.

The Office of Congressional Ethics was created in 2008 after a series of embarrassing scandals, including one involving lobbyist Jack Abramoff who was jailed for conspiracy and fraud.

Some felt that the House Ethics Committee had previously been held back from investigating wrongdoing by fellow members of the House of Representatives.

Nancy Pelosi – then leader of a Democrat-controlled House – spearheaded the efforts to reform oversight of Congress and shed light on the often murky world of Washington lobbying after the Abramoff scandal.

After their success in November’s elections, Republicans will control both houses in the new session of the US Congress.

Once Donald Trump is inaugurated on January 20, the GOP will control both Congress and the presidency for the first time since 2007.

According to the US constitution, “each House may determine the Rules of its Proceedings”, so at the start of each new Congress, the House of Representatives has to approve its own rules and regulations.