The daughter of Choi Soon-sil, who is at the center of a presidential scandal in South Korea has been arrested in Denmark, South Korean police say.

Choi Soon-sil is accused of using her friendship with South Korea’s President Park Geun-hye for personal gain, including getting her daughter into a top Korean university.

After weeks of protest, parliament voted on December 9 to impeach President Park Geun-hye.

Park Geun-hye and Choi Soon-sil have apologized while denying the accusations. 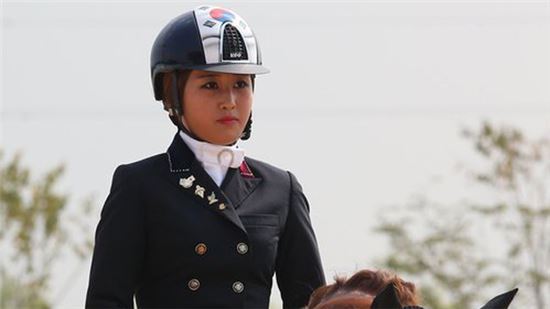 South Korean authorities had asked for Interpol’s help in tracing Chung Yoo-ra after she failed to return to answer questions about her role in the scandal.

They are reportedly planning to extradite Chung Yoo-ra, a former national equestrian rider.

Choi Soon-sil is in detention having returned from abroad to face questioning.

She has been charged with various offences, including abuse of authority, coercion, attempted coercion and attempted fraud.

Until then Park Geun-hye remains formally president but stripped of her powers, which have been handed to the prime minister, a presidential appointee.