The murder conviction of Michael Skakel, a relative of the Kennedy family, has been reinstated by the Connecticut’s Supreme Court after being overturned by a lower court.

Michael Skakel, whose aunt Ethel was the widow of Robert Kennedy, was found guilty in 2002 of killing his teenage neighbor with a golf club in 1975.

He was freed in 2013 after a judge found that his former lawyer had not represented him properly.

Michael Skakel says he is innocent.

The Connecticut Supreme Court voted 4 to 3 to reinstate the conviction. 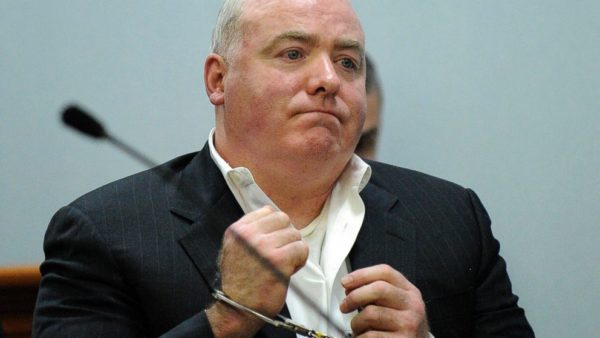 During the hearing prosecutor Susann Gill said Michael Skakel’s previous lawyer, Michael Sherman, had done a competent job representing his client and said there was “substantial evidence” that he killed Martha Moxley.

It was not immediately clear if Michael Skakel would be sent back to prison. His current lawyer, Hubert Santos, said he was reviewing the ruling and had no immediate comment.

The battered body of Martha Moxley, who lived near the Skakel family in wealthy Greenwich, Connecticut, was found on the lawn of her parents’ house in 1975.

Martha Moxley had been bludgeoned with a golf club – later traced to a set owned by Michael Skakel’s mother – and stabbed in the neck with the shaft of the club.

There were no witnesses or forensic evidence, but several people later testified that they had heard Michael Skakel confess to the crime.

One witness previously quoted Michael Skakel as saying: “I’m going to get away with murder, because I’m a Kennedy.”

The Kennedy family was one of the most prominent families in 20th Century US politics.

Joseph Kennedy was US ambassador to Britain under President Franklin Roosevelt. His son, John F. Kennedy was president between 1961 and 1963, and his other sons Robert and Edward became senators.