According to new reports, Donald Trump is expected to appoint Gary Cohn, the third Goldman Sachs executive, to his administration.

Donald Trump had said if Hillary Clinton won, she would be the bank’s puppet. 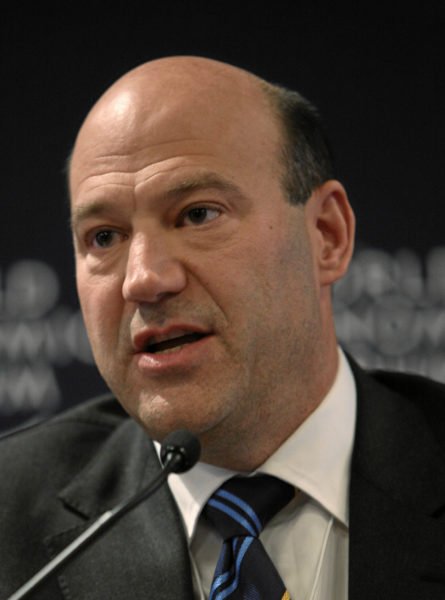 In another development, reports suggested that Exxon Mobil CEO Rex Tillerson was being considered for the crucial post of secretary of state. Veteran Republican politician Mitt Romney and others have also been discussed for the role.

Another CEO, Andrew Liveris of Dow Chemical Co, has been picked by Donald Trump to head up an “American manufacturing council” tasked with bringing industry back to the US.

Meanwhile, former New York Mayor Rudy Giuliani ruled himself out of contention for a post in Donald Trump’s cabinet.

Rudy Giuliani had also been mentioned as a possible nominee for secretary of state but his foreign business dealings raised questions over his suitability.

In a statement, the Trump transition team said Rudy Giuliani had informed Donald Trump of his withdrawal at a November 29 meeting.

Goldman’s dominance of Donald Trump’s economic team is not incompatible, the president-elect’s advisers say, with his campaign promise to put the interests of Americans on main street ahead of Wall Street.

During the presidential campaign, Donald Trump had accused the bank of belonging to a “global power structure” that he said was robbing the working class.

Donald Trump had also poured scorn on rival Ted Cruz, saying that Goldman Sachs had “total control over him”.

On December 9, Kellyanne Conway told MSNBC: “You’re not going to find better people than those who have been at the top of finance, the top of our markets, understand the way our markets work.”

Gary Cohn, 56, does not need to face a Senate confirmation hearing for his White House post, which will involve co-ordinating economic policy across the Trump administration.

He struggled with dyslexia as a child and once told his parents that if they were really lucky he might grow up to be a truck driver.

According to Reuters, Gary Cohn retains $190 million worth of stock in Goldman, where he was known for his abrasive manner.

Steve Mnuchin, the incoming treasury secretary, does need to face a hearing before senators, and is likely to be questioned about his Wall Street background.