According to officials, the toys will be distributed to the poor.

They accused the company of hoarding toys and hiking prices in the run-up to Christmas.

Last week, the government issued an order to retailers to reduce prices on a range of goods by 30%.

Business owners say the order is a populist political move, and pushing them towards bankruptcy.

According to Venezuela’s consumer protection agency, Sundde, Kreisel had stockpiled the goods and was reselling them at a margin of up to 50,000%. 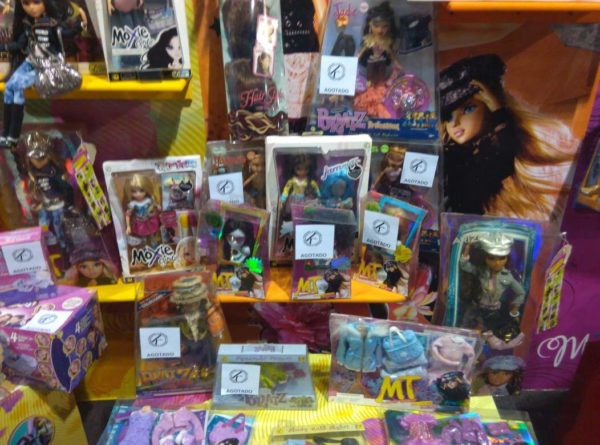 “Our children are sacred, we will not let them rob you of Christmas,” Sundde said in a tweet, along with photos and video of thousands of boxes of toys.

Sundde director William Contreras said Kreisel had claimed the toys were old or discontinued. The agency also posted photos of the two executives being marched from the premises by a squad of heavily armed soldiers.

This is not the first time Venezuela has ordered price cuts on retailers, or mobilized armed units to enforce it.

The same legislation limited profits to 30% – the amount often discounted in the compulsory “adjustments” enforced by Sundde at hundreds of retailers in the past week.

The same measures have been used to fix the prices of basic products such as flour, meat and bread – but supply is limited in a country where many people go hungry.

A jar of Nutella – a luxury item – can cost half the monthly minimum wage.

The country is rich in oil, but international oil prices have fallen in recent years.