Hillary Clinton has called for urgent action to stop the proliferation of “fake news”.

The former Democratic presidential candidate said it was an epidemic with “real world consequences” that threatened America’s democracy.

Hillary Clinton urged the private and public sector to combat the numerous false reports, propaganda and malicious stories that had been spread over the past year. 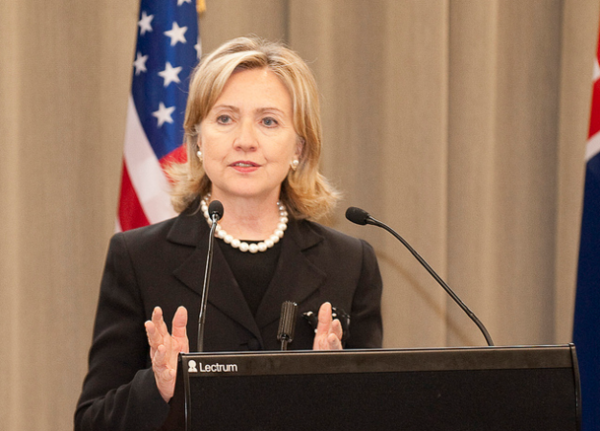 She herself has been the target of fake news, including Pizzagate story.

Pizzagate wrongly stated during the election campaign that a pedophilia ring involving people at the highest levels of the Democratic Party was operating out of a Washington pizza restaurant.

On December 4, a man was arrested after firing a rifle inside the restaurant. The attacker later said he wanted to “self-investigate” the news reports. No-one was injured in the incident.

“This isn’t about politics or partisanship. Lives are at risk. Lives of ordinary people just trying to go about their days, to do their jobs, contribute to their communities.

“It’s imperative that leaders from the private sector and the public sector step up to protect our democracy and innocent lives.”

Hillary Clinton was speaking at a ceremony for outgoing Democratic Senate Minority Leader Harry Reid – one month after losing the presidential elections to Donald Trump.