President-elect Donald Trump has chosen anti-regulation fast-food executive Andrew Puzder, opposed to a higher minimum wage, to lead the US Department of Labor.

Donald Trump said Andrew Puzder, the latest tycoon added to his cabinet, had a “record fighting for workers”.

Andrew Puzder is the chief executive of CKE Restaurants, which operates the Carl’s Jr. and Hardee’s.

He has often argued a higher minimum wage would kill jobs.

The Labor Department regulates wages along with workplace safety. 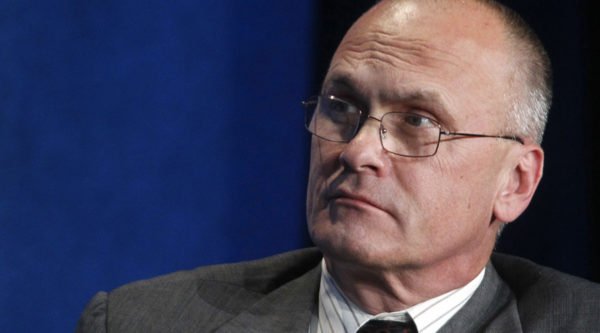 He has also dismissed a nationwide campaign by fast-food workers for a $15 minimum wage, more than double the current federal level.

Donald Trump, in a statement released by his transition team, said Andrew Puzder would make workers “safer and more prosperous”.

“He will save small businesses from the crushing burdens of unnecessary regulations that are stunting job growth and suppressing wages,” the president-elect said.

In the same statement, Andrew Puzder said “the right government policies can result in more jobs and better wages for the American worker”.

Democrats and their allies have been critical of the Californian’s appointment.

Andrew Puzder was one of Donald Trump’s earliest campaign financiers, contributing more than $330,000 to his White House bid, reports the Washington Post.

He opposes the Affordable Care Act, also known as ObamaCare, claiming it has left working families with less money to spend dining out, spawning a “restaurant recession”.

“I like beautiful women eating burgers in bikinis,” he once said.

Donald Trump’s latest cabinet appointment came amid his Twitter spat with the head of a local United Steelworkers union in Indiana.