Donald Trump’s fans are urging a boycott of Rogue One: A Star Wars Story, due for release in the United States next week.

The campaign began with a series of tweets from activist Jack Posobiec, who claimed the writers rewrote and reshot the movie to add in anti-Trump scenes.

Screenwriter Chris Weitz said that this was “completely fake”, though he and another writer have tweeted their opposition to Donald Trump.

In a Periscope video, Jack Posobiec, who is an activist with Citizens for Trump, claimed the writers had said the Empire in Rogue One “is a white supremacist organization like the Trump administration and the diverse rebels are going to defeat them”.

“They’re trying to make the point of using this movie to push the false narrative… that Trump is a racist,” he said. 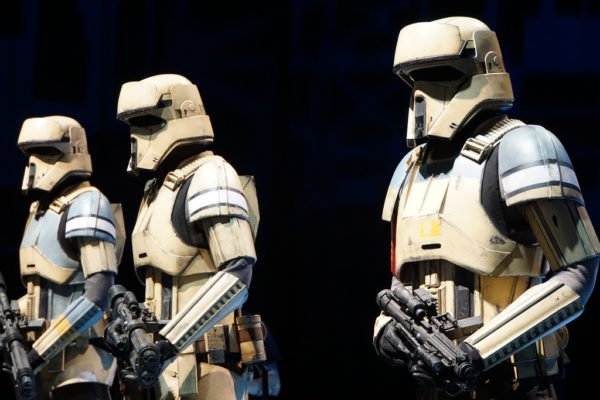 The basis of the claims appears to be tweets sent by Chris Weitz and fellow screenwriter Gary Whitta.

Both tweets were deleted within the day and Chris Weitz later apologized for politicizing the movie.

In the wake of the election, both writers also changed their Twitter avatars to the symbol of the Rebel Alliance, with a safety pin – a symbol which has been adopted in support of minorities.

Among them are a group of fans who frequently champion him and are quick to denigrate those who oppose or criticize the president-elect.

#DumpStarWars is only the latest in a series of online campaigns they have launched.

In the last few weeks, there have also been calls to boycott the cereal company Kelloggs, Starbucks and the musical Hamilton.

A handful of accounts are frequently re-tweeted in the thousands.

They tend belong to people who work in the media, managing websites or producing other media supporting Donald Trump.