Commodities trader Glencore and Qatar’s sovereign wealth fund are together buying a 19.5% stake in Rosneft, Russia’s largest oil company, the Kremlin has announced.

Russian President Vladimir Putin said: “It is the largest privatization deal, the largest sale and acquisition in the global oil and gas sector in 2016.”

The surprise move sees Glencore and Qatar paying $11.3 billion for the stake in Rosneft, where BP already owns 19.75%.

However, the state will keep the controlling stake.

The long-planned sale is part of the Russian government’s efforts to sell some state assets to help balance the budget amid a two-year recession caused by a drop in global oil prices and Western sanctions. 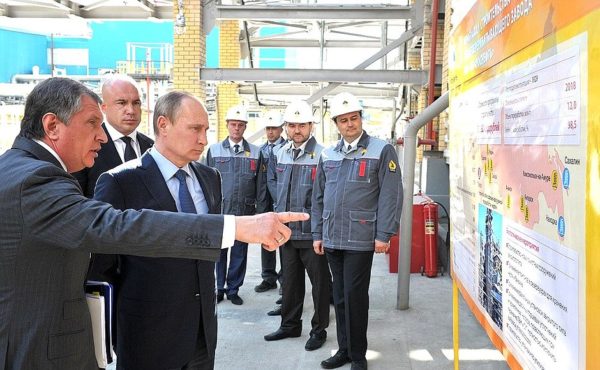 A deadline for the sale was missed, and speculation grew that Rosneft was struggling to find a buyer.

The deal also marks a turnaround for London-listed Glencore, which had seen a collapse in its share price amid a plan to sell assets and cut its huge debts.

Glencore’s shares have rebounded this year. The Qatar Investment Authority is one of the biggest investors in Glencore.

Speaking at a TV meeting with Rosneft CEO Igor Sechin, Vladimir Putin noted that the deal follows a rally in global oil prices after OPEC’s decision to cut production.

Russia, although not a member of OPEC, has agreed to cut its output in line with the cartel, and will attend a meeting with its member countries on December 10 to discuss specific details.

Igor Sechin said that Glencore and the Qatari fund will form a consortium and have equal stakes. He added that Rosneft had conducted talks with more than 30 potential bidders before striking the deal.

It had been thought that the US and EU sanctions imposed on Russia following the Ukraine conflict would deter huge investment in Russia, although companies were not explicitly prohibited from participating in the Rosneft sale.

Donald Trump’s election as US president has, however, raised speculation of a thaw in relations with Moscow.

In a statement, Glencore said that it would finance part of the deal by putting up €300 million of its own equity, with the rest financed by banks and by the Qatari sovereign fund. QIA had yet to make a statement.

Glencore stands to benefit by gaining access to Rosneft’s crude output, while Qatar will further establish itself as a major investor in some of the world’s biggest businesses.