At least 100 people are reported dead following the derailment of a train in India’s northern Uttar Pradesh state, with more than 150 injured, police say.

Fourteen carriages of the Indore-Patna Express derailed just after 03:00 local time on November 20 near the city of Kanpur. 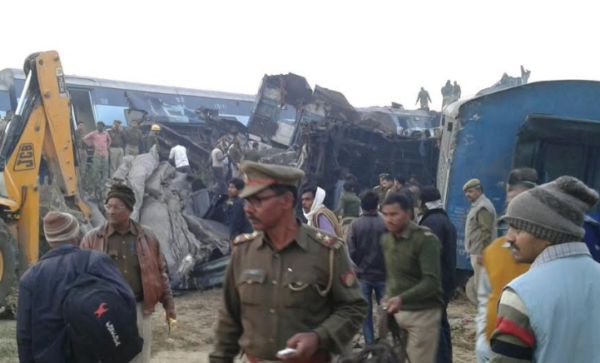 One passenger whose carriage did not derail told the Associated Press the train was going at normal speed. It stopped suddenly, said Satish Kumar, then restarted shortly before the crash.

Many anxious relatives gathered at the station in Indore, where the train began its journey, holding pictures of loved ones, the Times of India reported.

Narendra Modi said he had spoken to Railways Minister Suresh Prabhu, who was “personally monitoring the situation closely”.

On his own Twitter account, Suresh Prabhu warned that “strictest possible action will be taken against those who could be responsible for accident”.

Suresh Prabhu said an investigation into the crash would begin immediately and compensation would be paid to “unfortunate passengers who died and to injured”.