It is the first show to be fronted by the trio since they parted company with the BBC 18 months ago after Jeremy Clarkson punched a producer.

The Grand Tour will see them present from a different location every week. 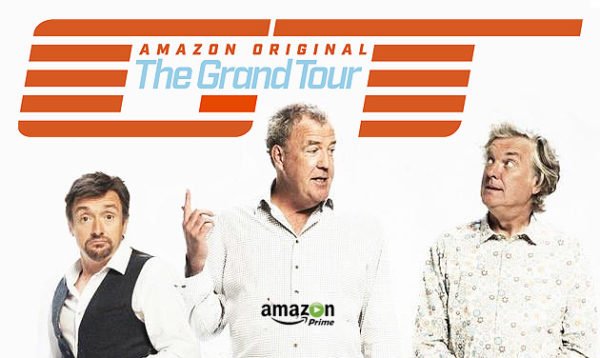 Jeremy Clarkson, Richard Hammond and James May will be seen embarking on a series of challenges and stunts in a variety of vehicles around the world in the new show, Amazon have said.

The first episode of the series, which aired on November 18, sees the trio take their travelling studio tent to Dry Rabbit Lake in the Mojave Desert in California.

Vehicles featured in the episode included hybrid hyper-cars such as the McLaren P1, the Porsche 918 Spyder and the Ferrari LaFerrari.

The Grand Tour first series will consist of 12 hour-long episodes – with one being made available each week.

A total of 36 episodes across three years have been commissioned by Amazon.

Currently, only fans in the UK, America, Germany and Japan are able to watch the first episode, but Amazon has announced it will be launching the show globally in December.

The new series does not include features such as “star in a reasonably-priced car” or The Stig – as those belong to the BBC’s Top Gear format.

Matt LeBlanc and Chris Evans took over presenting duties on Top Gear after Jeremy Clarkson’s departure, although Evans departed after one series.

Jeremy Clarkson has previously said of The Grand Tour: “I think program one will be all right. I’d be extremely surprised if that was poorly reviewed.”