A controversial Facebook post about First Lady Michelle Obama has sparked outrage after involving a town mayor in West Virginia.

Pamela Ramsey Taylor, who runs a local non-profit group in Clay County, wrote on Facebook: “It will be refreshing to have a classy, beautiful, dignified first lady in the White House. I’m tired of seeing a Ape in heels.”

Beverly Whaling is mayor of the town of Clay, which has a population of just 491.

Clay has no African American residents, according to the 2010 census. In Clay County as a whole, more than 98% of its 9,000 residents are white. 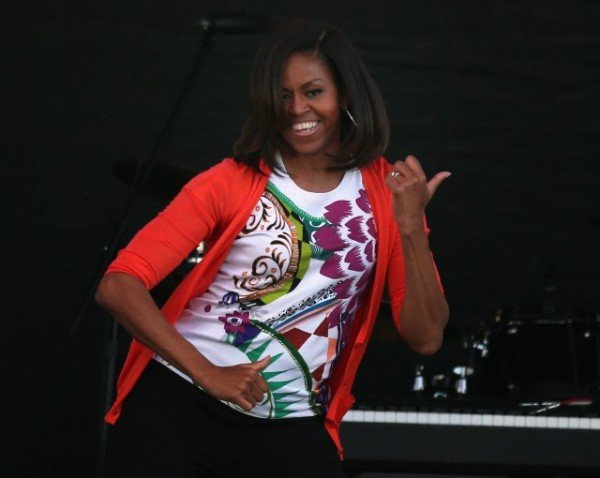 Despite the small population in the region, the controversial Facebook post spread across US and international media outlets.

A petition calling for both women to be sacked has collected more than 85,000 signatures.

According to the Washington Post and New York Daily News, Pamela Ramsey Taylor was removed from her position on November 14.

Pamela Ramsey Taylor told local news outlet WSAZ, which first carried the story, that she acknowledged her Facebook post could be “interpreted as racist, but in no way was intended to be”, and that she was expressing a personal opinion on attractiveness, not the color of a person’s skin.

She told the news station she was considering legal action for slander against unnamed individuals.

The Clay County Development group, of which Pamela Ramsey Taylor is the director, is partly funded through state and federal grants, and the group provides services to elderly and low-income residents.

In a statement given to the Washington Post, Mayor Beverly Whaling said: “My comment was not intended to be racist at all” and apologized for the comment “getting out of hand.”

“I was referring to my day being made for change in the White House! I am truly sorry for any hard feeling this may have caused! Those who know me know that I’m not of any way racist!” the mayor said.

Owens Brown, director of the National Association for the Advancement of Colored People West Virginia chapter, said it was “unfortunate that people still have these racist undertones”.

West Virginia Democratic Party Chairwoman Belinda Biafore issued an apology to Michelle Obama “on behalf of my fellow Mountaineers”, referring to a nickname for inhabitants of the state.

“West Virginia truly is better than this. These radical, hateful, and racist ideals are exactly what we at the West Virginia Democratic Party will continue to fight against,” she said in a statement.

West Virginia voted for Donald Trump in the presidential election with 68.7% of the vote.