A Donald Trump anti-Clinton speech has been cut short by the pastor of a Michigan black church.

The Bethel United Methodist Church pastor said: “Mr. Trump, I invited you here to thank us for what we’ve done in Flint, not give a political speech.” 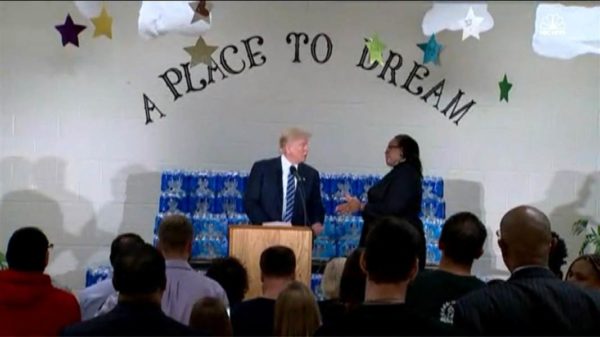 Donald Trump went on to make a few remarks about fixing Flint’s drinking water problems, but some in the crowd began to heckle.

One woman shouted out that Donald Trump had used discriminatory housing practices in his buildings.

Rev. Faith Green Timmons interrupted again, this time to reproach Donald Trump’s hecklers, saying: “He is a guest in my church and you will respect him.”