A Harmony of the Seas crew member has died and four others have been injured after a lifeboat fell off the world’s biggest cruise ship.

Five crew members were onboard the lifeboat when it “became detached” from the fifth deck during a safety drill.

The lifeboat fell 33 feet into the water. Two crew members are in hospital with life-threatening injuries.

The accident happened during a stopover in Marseille. 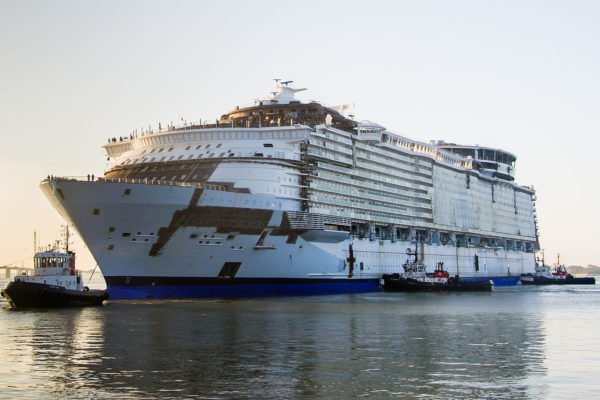 A spokesperson for Royal Caribbean , which operates the Harmony of the Seas, has confirmed the death of the 42-year-old Filipino crew member in a statement: “We are sorry to share the sad news that a crew member aboard Harmony of the Seas has died of injuries suffered during a lifeboat drill conducted while docked at the port of Marseille, France.

“Four other crew members received medical treatment in the same incident. We are keeping our colleagues and their families in our thoughts and prayers.”

The Royal Caribbean Cruise also confirmed the death on its Twitter account: “We’re keeping our colleagues and their families in our thoughts and prayers.”

Harmony of the Seas is the world’s largest cruise liner at 362 metres long, and can hold more than 8,000 passengers and crew.

The liner is higher than a 25-storey building, and longer than the height of the Eiffel Tower.

Among its luxurious facilities are 20 restaurants, 23 swimming pools, a theater and a casino.

Harmony of the Seas only had its maiden voyage on May 29.