Home World Asia News South Korea Has A Plan to Destroy Pyongyang In Case of Nuclear...

According to reports from Seoul, South Korea has a plan to annihilate Pyongyang if North Korea shows any signs of mounting a nuclear attack.

A military source told the Yonhap news agency every part of Pyongyang “will be completely destroyed by ballistic missiles and high-explosives shells”.

Yonhap has close ties to South Korea’s government and is publicly funded.

On September 9, North Korea carried out what it said was its fifth, and largest, nuclear test.

The international community is considering its response. 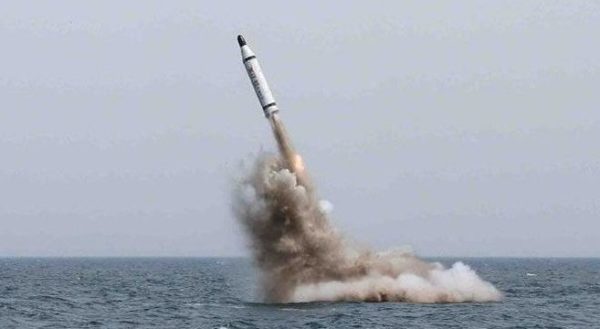 The US says it is considering its own sanctions, in addition to any imposed by the UN Security Council, Japan and South Korea.

Pyongyang responded on September 11 by calling the threats of “meaningless sanctions… highly laughable”.

The South Korean military official told Yonhap that Pyongyang districts thought to be hiding the North’s leadership would be particularly targeted in any attack. Pyongyang, the source said, “will be reduced to ashes and removed from the map”.

News of South Korea’s attack plan for North Korea is believed to have been revealed to parliament following September 9 nuclear test.

Sung Kim said: “North Korea continues to present a growing threat to the region, to our allies, to ourselves, and we will do everything possible to defend against that growing threat.

North Korea is banned by the UN from any tests of nuclear or missile technology and has been hit by five sets of UN sanctions since its first test in 2006.

The secretive country said September 9 test had been of a “nuclear warhead that has been standardized to be able to be mounted on strategic ballistic rockets”.

Estimates of the explosive yield of the latest blast have varied. South Korea’s military said it was about 10 kilotonnes, enough to make it the North’s “strongest nuclear test ever”. Other experts say initial indications suggest 20 kilotonnes or more.

The nuclear bomb dropped by the US on Hiroshima in 1945 had a yield of about 15 kilotonnes.