Rita Maze, who was kidnapped from a roadside in Montana, spoke to her family by phone several times before police find her dead more than 300 miles away.

The 47-year-old called her husband from the boot of her stolen car after being kidnapped from a highway rest stop.

Rita Maze spoke with her family and police for about 10 minutes, but did not know where she was, the local sheriff said.

The woman’s body was found 325 miles away near Spokane airport on the Washington state border.

The local medical examiner’s office said Rita Maze was killed by a single gunshot wound to the chest and abdomen.

The woman said she had been hit on the head near Wolf Creek, north of Helena.

Rita Maze’s husband reported her as missing, and remained in contact with his wife. 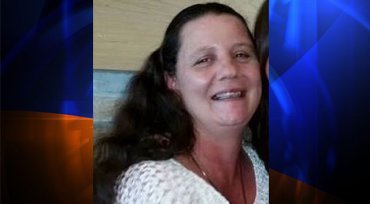 Rochelle Maze, the victim’s daughter, told the Great Falls Tribune that her mother was hysterical and difficult to understand when they spoke.

“I told her that I loved her,” Rochelle Maze said.

“That’s the last thing she heard.”

Rochelle Maze said her mother was terrified because she knew her abductor – whom she described as a large man in a black hoodie – had access to the gun she kept in her purse for protection.

The intermittent phone signal was cut off after about 10 minutes.

Sheriff Leo Dutton said a police officer had spoken to Rita Maze before her death.

The woman’s body was discovered on September 7, after police used her phone’s signal to help track the vehicle.

Her license plate was also captured on camera near Post Falls in the state of Idaho.

Police said a “person of interest” had been indentified in the investigation, and surveillance video was also being looked at.

The FBI is also involved in the investigation, because the death involved travel across a number of US states.

Rita Maze had worked as a traffic attendant and head cook for the Great Falls Public Schools.

Bill Salonen, a former school principal, described Rita Maze as having “a positive presence” and being great with kids.