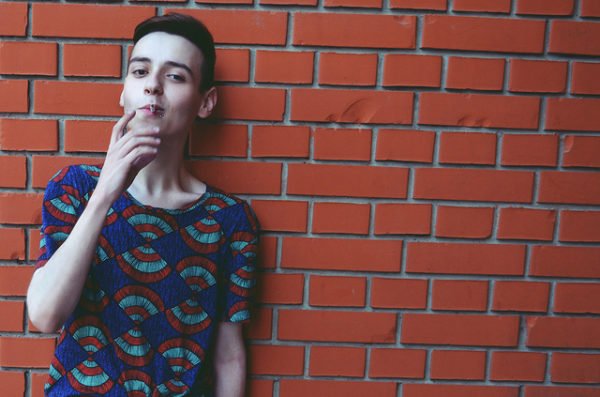 While there has been great progress in reducing the number of teen smokers in the past decade or so, the figures are still stark. As many as 5.6 million American youngsters will suffer from an early death due to an illness caused by smoking and tobacco. It’s an enormous figure, and begs the question: why are they still using cigarettes?

There are many factors at play, here. For many people, becoming a teen is the start of a process of experimentation. But it is also a period of life where issues such as self-esteem and stress start occurring. There is the peer pressure factor, too – which still has a strong effect on teenagers who want to fit in with their friends.

We’re going to look at all the factors that are affecting teenage and young adult decision-making when it comes to starting smoking. With so many avoidable illnesses still on the horizon, it is vital to shed some light on the reasons why. Let’s take a closer look at some of the reasons teenagers start smoking. 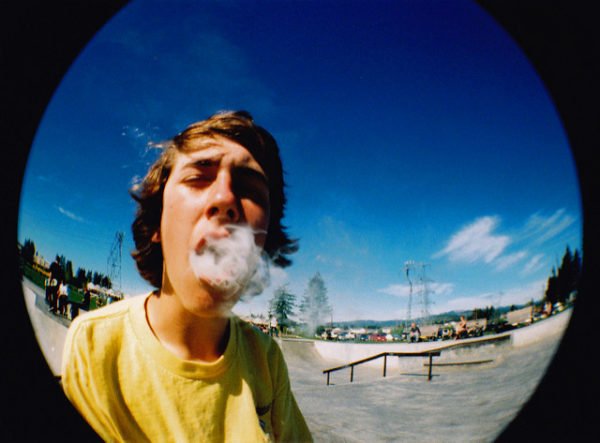 One of the biggest reasons teens start to smoke is simply because they are becoming adults. The older you get in your teen years, the more likely you are to smoke or use tobacco products on a regular basis. There is a slight discrepancy here in that younger adolescents are more likely to try smoking. However, as youngsters grow into their late teens, these one-off experiences are more likely to develop into a habit.

As everyone knows, nicotine is one of the most addictive substances on the planet. It makes perfect sense, then, that the earlier a teenager starts smoking, the more likely they are to form a habit in the later teen years. The stark facts are that the tobacco industry targets these people as they make up the vast majority of customers. Around 90% of all people who smoke started out as an adolescent. Clearly, if people can delay starting using tobacco and other products until they become a young adult, there will be fewer smokers.

On the subject of addiction, it’s vital to understand people have a genetic disposition for enjoying substances. The drug affects people’s brains in different ways, and there is evidence to suggest that some are more likely to become an addict than others. It might be worth talking to your doctor if there are addicts in your family, as there may well be a genetic cause underpinning all of it. While there is no single addiction gene, research shows that some genes have causal links. For example, the A1 allele of the dopamine receptor gene DRD2 is more common in people with cocaine and alcohol addictions. Similarly, there are protective genes. The CYP2A6 gene, for example, can cause people to feel nausea and dizziness from smoking. 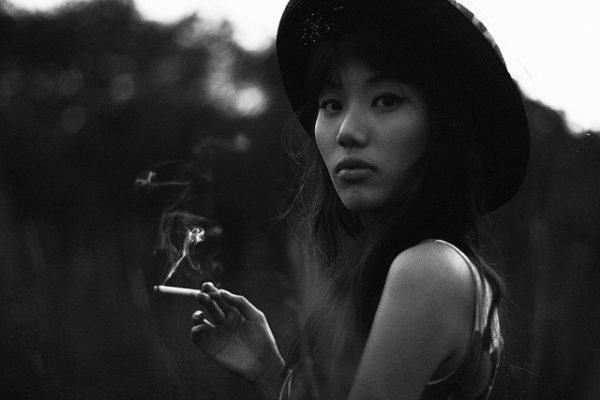 Your cultural background also has a big impact on the chances of you starting to smoke in your teen years. White adolescent males are more likely to start smoking than their black or Hispanic contemporaries. Conversely, black teens are more likely to start using other tobacco products such as cigars. But, it’s multi-ethnic people with a mixed heritage that are the largest demographic of teen smokers.

Weight issues are a serious problem for adolescents. They often result in concerns about body image, and can lead to conditions such as bulimia and anorexia. However, there is a widely held notion that smoking can suppress appetite. So, it’s no surprise that many teens use this as a method of combating weight problems. Again, it’s a clear sign that other psychological factors are in play when it comes to teens smoking and developing an addiction.

As any e-cig or vaping guide will tell you, e-cigarettes are a fantastic way to give up smoking. However, the benefits of moving from tobacco to e-liquid are lost when real cigarettes are still in use. While many teens are using e-cigarettes as a substitute for smoking, others are using it in combination. And, there is increasing evidence that some teens are starting to vape, despite not being a smoker. The result is an enormous spike in nicotine addiction amongst teens. And, there is a concern that it could lead to the rate of teen smokers rising for the first time in several decades.

As we mentioned in our introduction, peer pressure is an enormous factor when addressing why teenagers smoke. The simple fact is that as teens explore who they are, they are drawn to others with similar interests. They want to fit in, too, so will often make choices based on peer pressure in an attempt to be part of the group. While most will not continue smoking beyond a certain point, there is still a high percentage of teen smokers that will carry on into adulthood. 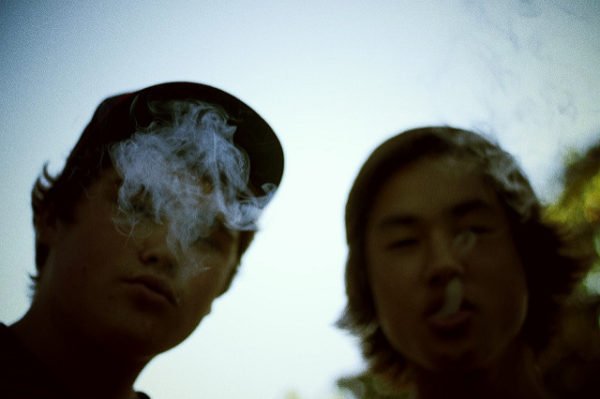 Teenagers see the same health warnings we all see. The pictures of black lungs, the terrible teeth, and all the other disturbing imagery that we associate with smoking. The problem is, teens are all too aware that these examples are all from much older people. And, given that the teenage body can handle the effects of smoking a lot better than older folks, they have a sense of invincibility. Adolescents don’t believe they will suffer from addiction and think they can quit at any time. It is likely they still feel the same twenty years down the line.

Young people who don’t go to college are more likely to smoke than those that do. It is unclear why this is, although an interest in self-development is likely to be among the primary causes. There is also an issue with young people’s parents’ educations. Unqualified adults are more apt to raise teen smokers than those who go to college and university.

Young people who have been exposed to high levels of stress as a child are more likely to start smoking when they reach the teenage years. In fact, there is a good chance this pivotal event could occur by as soon as they hit the age of fourteen. Witnessing violence at close hand, or being the victim of abuse of any form can often be the driver for your teens. However, factors such as parental separation or mental health problems can also contribute.

Of course, the teenage years are all about becoming adults, while still retaining a sense of youthful immortality. It’s no secret that having access to all kinds of substances – and the freedom to explore them – is a big draw for teenagers. This, combined with the likelihood of taking more risks, is a potent cocktail that can often lead to early nicotine addiction. 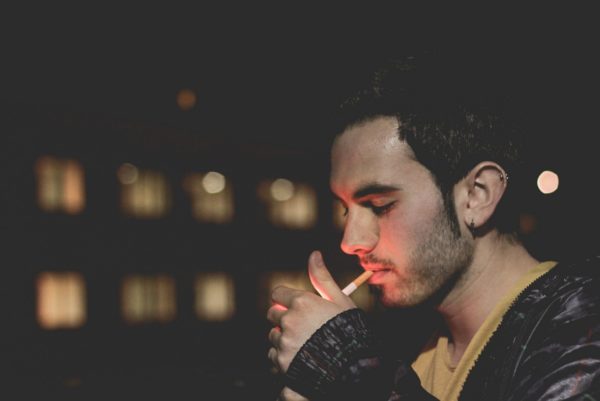 The nature of nicotine

While smoking causes many people to feel ill, the effects can start to subside quickly. As the body gets used to inhaling, teenagers will start to feel the ‘buzz’ of smoking. The trouble is, these effects do not last for a long time, and the reward feeling disappears after a few minutes. It is the nature of nicotine that causes people to reach for the cigarettes again and again. Plus, there are symptoms of withdrawal to contend with, which can manifest a lot stronger in a young person’s brain. By their nature, teens can be irritable, lack the ability to concentrate, and have disturbed sleep patterns. Nicotine withdrawal can make all of these typical teen problems even worse. It makes sense, then, for teens to smoke when it appears to be a cure for their ails.

The element of cool

Despite the clampdown in cigarette adverts, many teens still feel that smoking is a match for their rebellious natures. They don’t have to look far for inspiration. Plenty of iconic photos from years and decades gone by still have a cultural impact – and many of them feature smoking. There is still an allure that cigarettes are cool and alternative for many teens. Think James Dean and the constant stream of rock stars puffing away like chimneys. Picture the sultry look of a celebrity with a cigarette hanging loosely from their lips. It is often a better advert for tobacco companies than they could ever hope for.

As you can see, many different factors encourage teens to start smoking. While most will give up before they become adults, many do not. And, the volume of people that will die from related illnesses is still far too high. While the rise of e-cigarettes is helping older people quit tobacco products, it is unclear if the same is happening with teenagers. In fact, it could well be exacerbating nicotine addiction – and the health impacts are yet to be known. In an ideal world, we would all be able to ward off our children from starting to smoke. The best we can do is furnish them with as much knowledge as we can. Good luck!