Captain Humayun Khan’s mother has hit back at Donald Trump for questioning her silence during a speech by her husband at the Democratic National Convention in Philadelphia.

Ghazala Khan said Republican nominee Donald Trump was ignorant about Islam and that he did not know the meaning of the word sacrifice.

Her husband, Khizr Khan, attacked Donald Trump in an emotional speech to the Democratic convention on July 28.

Donald Trump later suggested Ghazala Khan may not have been allowed to speak.

In an opinion article for the Washington Post, Ghazala Khan said her husband had asked her if she wanted to speak at the convention but she had been too upset.

Ghazala Khan wrote: “Walking on to the convention stage, with a huge picture of my son behind me, I could hardly control myself. What mother could? Donald Trump has children whom he loves. Does he really need to wonder why I did not speak?” 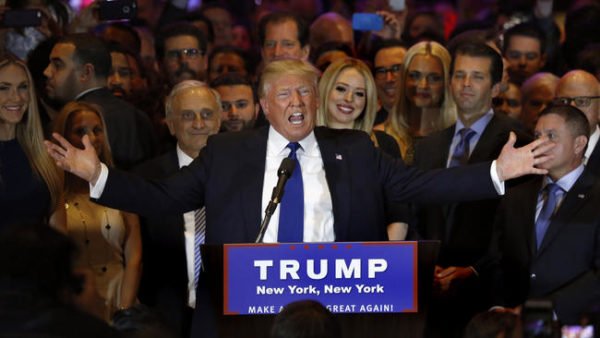 Humayun Khan’s mother added: “Donald Trump said he has made a lot of sacrifices. He doesn’t know what the word sacrifice means.”

On August 1, family members of eleven service-members killed in action wrote to Donald Trump, expressing dismay at his treatment of the family of Humayun Khan, and demanding an apology.

“This goes beyond politics. It is about a sense of decency. That kind decency you mock as <<political correctness>>.”

Pakistani-born Khizr Khan said during his speech at the Democratic convention that his son would not even have been in America if it had been up to Donald Trump, who has called for a ban on Muslims entering the US.

Responding to the criticism, Donald Trump said in an interview with ABC’s This Week: “If you look at his wife, she was standing there.

Donald Trump’s remarks drew condemnation from both Democrats and Republicans.

Democratic nominee Hillary Clinton attacked Donald Trump’s treatment of the Khans during a campaign stop at a church in Cleveland, Ohio.

“Mr. Khan paid the ultimate sacrifice in his family, didn’t he?” she told the African American congregation.

“And what has he heard from Donald Trump? Nothing but insults, degrading comments about Muslims, a total misunderstanding of what made our country great – religious freedom, religious liberty,” Hillary Clinton said.

Both also rejected the idea of a Muslim travel ban, an idea proposed by Donald Trump earlier in the campaign.

Neither statement mentioned Donald Trump by name or criticized him.

However, Republican Ohio Governor John Kasich, a former rival to Donald Trump for the nomination, tweeted: “Shame on him. He has no decency, he has a dark heart.”