The 18 year-old attacker who killed nine people in Munich on July 22 was obsessed with mass shootings and had an obvious link to Norwegian mass murderer Anders Behring Breivik, German police say.

Police who searched the gunman’s room say they found written material on attacks.

The young man, who later killed himself, had a 9mm Glock pistol and 300 bullets.

Police are investigating whether he may have lured his victims through a Facebook invitation to a restaurant.

The man is suspected of using a fake account under a girl’s name to invite people to the McDonald’s restaurant where he launched his attack.

Anders Breivik murdered 77 people in Norway on July 22, 2011, killing eight with a bomb in the capital Oslo before shooting dead 69 at a summer camp for young centre-left political activists on the island of Utoya.

Now 37, Anders Breivik is held in solitary confinement in Norway after being sentenced to 21 years in 2012. He recently won an appeal against the tough regime of his incarceration. 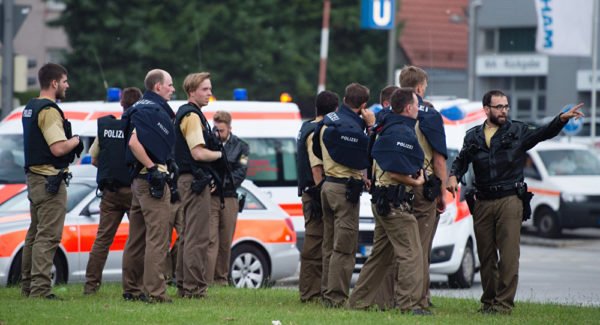 Seven of the dead were teenagers. Three victims were from Kosovo, three from Turkey and one from Greece.

According to police, the gunman had been in psychiatric care, receiving treatment for depression.

“We are in deep mourning… we share your grief,” said German Chancellor Angela Merkel after chairing a meeting of the national security council.

Munich police chief Hubertus Andrae said there was an “obvious” link between the new attack and yesterday’s fifth anniversary of Anders Breivik’s attacks in Norway, when he murdered 77 people.

A spokesman for the Munich prosecutor, Thomas Steinkraus-Koch, said the killer might have been receiving psychiatric care.

“We are assuming that he may have suffered from depression,” he said.

“As far as we know he has no criminal record. In 2012 and 2010 he was a victim of an attack – on one occasion he was beaten by three young offenders.”

Hubertus Andrae warned the number of injured could increase if people who had fled the scene came forward. Ten people were critically ill, including a 13-year-old boy, he said.

First reports of the shooting came in just before 18:00 local time on July 22.

Witnesses say the attacker opened fire on members of the public in Hanauer Street before moving on to the shopping mall.

A grainy video appears to show a man firing a gun outside McDonald’s as people flee.

Another video shows the gunman walking around alone on a flat roof before again opening fire. He can be heard shouting at the person filming, saying at one point: “I’m German.”

Police said the gunman was a dual German-Iranian national who was born in Munich. His name has not been released.

The attacker’s body was found about half a mile from the mall. He had no known links to ISIS, police said.

Police have ruled out any connection to ISIS.

Fears of a new ISIS attack had been high just four days after a teenage Afghan asylum seeker stabbed and injured five people on a train in Bavaria before being shot dead by police.