Morocco has announced its intention to rejoin the African Union (AU), 32 years after leaving the organization.

In a message to the AU summit in Rwanda, King Mohammed VI of Morocco said the time had come for his country to retake its place within its institutional family.

Morocco left the AU in 1984, after the organization recognized the independence of Western Sahara. 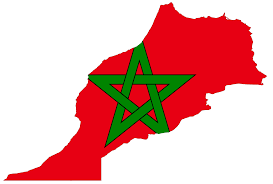 For more than three decades, Morocco has refused to be part of the AU.

In March, Morocco threatened to pull its soldiers out of UN global peacekeeping missions because of the dispute.

Now, the Moroccan authorities seem to have concluded their absence hasn’t helped them diplomatically over Western Sahara and many other issues.

They sent a special envoy to lobby African leaders at their summit in the Rwandan capital Kigali this weekend.

The AU has said that it will continue pushing for the rights of the people of Western Sahara to hold a self-determination referendum.

Morocco is the only African country which is not an AU member.