German authorities have ordered the suspension of the sell-out Rock am Ring music festival on its third and final day after lightning hurt at least 80 fans.

Planned for June 3 – 5, Rock am Ring 2016 featured the likes of Panic! At The Disco, Bring Me The Horizon, the 1975, Of Mice & Men, Architects, August Burns Red, Bullet For My Valentine, Disturbed and Deftones.

Lightning struck Friday night (June 3) at the festival grounds, which is an old airfield in western Germany.

Performances were suspended on June 4 during continued thunderstorms, forcing many of the 92,000 fans at the open-air event to shelter in cars and tents. 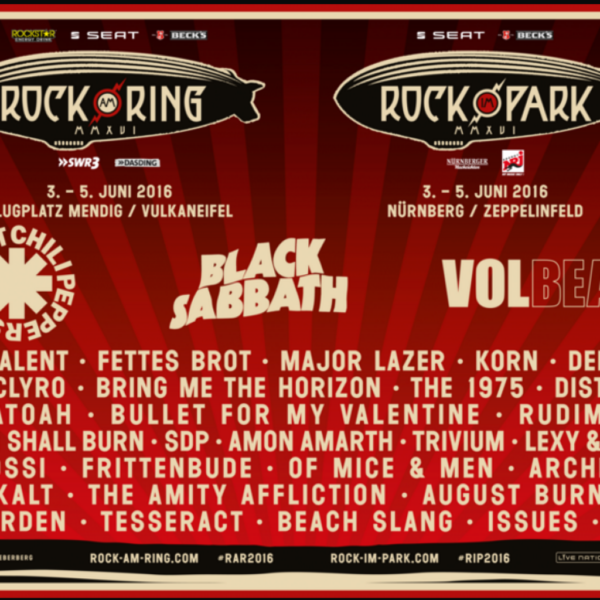 Festival organizers were forced to cancel it after local authorities revoked its license early on Sunday morning, June 5.

They said on Facebook: “Dear Fans, because of inclement weather we fear further lightning with the potential risk of injuries. Due to instructions of the Mendig authorities we were ordered to suspend the festival for the moment being. Please stay in your tents or for your own protection go to your cars. We will inform you hourly of any new development.”

Critics on Facebook have accused organizers of not cancelling the event quickly enough.

Fans at Rock am Ring – held at the airport in the town of Mendig, about 62 miles west of Frankfurt – were told to clear the festival grounds by noon on Sunday.

At least eight people were seriously injured by the lightning strike early on Saturday morning.

Central Europe has been hit by severe storms and rain over the past few weeks, leading to 11 deaths in Germany.

Apparently, Germany, France and Belgium have recently been hit with severe storms and flooding.

However, 2016 is not the first year this has happened: 33 fans were injured after lightning struck Rock am Ring 2015.

The festival website has repeatedly warned fans of the possibility of strong rainfall and thunderstorms.

The organizers of Rock am Ring, now in its 31st year, initially said on June 4 that this year’s event would continue. It was due to have finished on June 5.