Republican presidential hopeful Donald Trump has won primaries in all five states that voted on April 26, while Democrat Hillary Clinton triumphed in four out of five.

The results bring the New York businessman closer to the number of delegates he needs before the party’s national convention in July.

For the Democrats, Hillary Clinton was denied a clean sweep by Bernie Sanders.

Vermont Senator Bernie Sanders won in Rhode Island and vowed to fight to the end of the primaries process.

Speaking at the Philadelphia Convention Center after securing the four other states, Hillary Clinton said her campaign was setting “bold, progressive goals” to improve lives in the US. 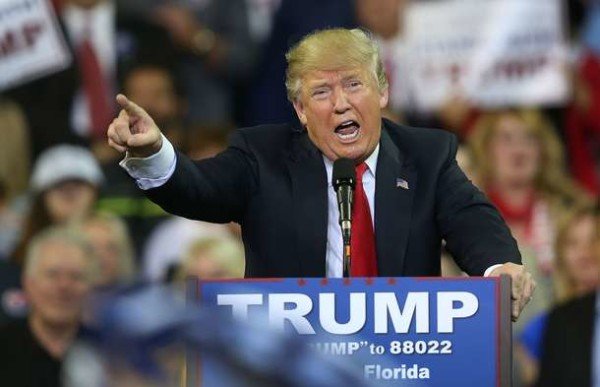 “We believe in the goodness of our people and the greatness of our nation,” she said.

After his sweep of the five states, Donald Trump said of the battle for the Republican nomination: “It’s over. As far as I’m concerned, it’s over.”

He told supporters in New York he would not moderate his policies if elected president.

Donald Trump said: “You know I went to the best schools. I’m like a very smart person. I’m going to represent our country with dignity and very well.

“But I don’t really want to change my personality. You know, it got me here.”

After their victories, Donald Trump and Hillary Clinton turned their fire on each other.

Donald Trump said his Democratic rival’s only advantage in the presidential race was being a woman.

“Frankly, if Hillary Clinton were a man, I don’t think she’d get 5% of the vote,” he said.

Hillary Clinton hit back at his accusation that she was playing the “woman card”.

“Well, if fighting for women’s healthcare and paid family leave and equal pay is playing the woman card, then deal me in,” she told cheering supporters in Philadelphia.

As part of a new campaigning pact, John Kasich will give Ted Cruz a “clear path” to tackle Donald Trump in Indiana on May 3, with Cruz reciprocating for Kasich in the Oregon and New Mexico primaries.

Donald Trump has condemned their pact as a sign of weakness and desperation, and another sign of the GOP colluding against him.

Neither John Kasich nor Ted Cruz has a chance of securing the Republican nomination outright. The hope of a contested convention this July in Cleveland is keeping them in the race.

This scenario would see party delegates – Republican officials and activists – choose the nominee.

Analysts believe that Indiana, with its 57 delegates, will be crucial if Donald Trump’s rivals are to stop him securing the 1,237 he needs to win outright.