The European Union and Turkey have reached a deal on the refugee crisis, which will see refugees returned to Turkey in exchange for aid and political concessions.

Under the plan, from March 20 at midnight refugees arriving in Greece will be sent back to Turkey if their asylum claim is rejected. 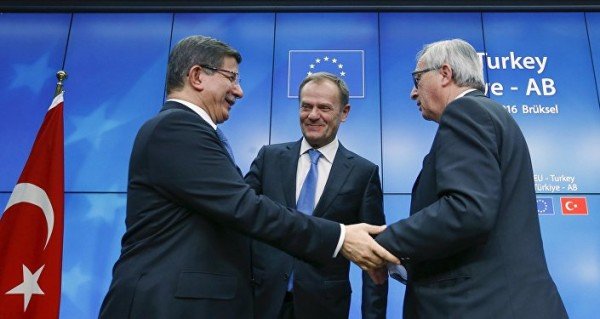 Some of the initial concessions offered to Turkey have been watered down and some EU members expressed disquiet over Turkey’s human rights record.

Despite this Turkish PM Ahmet Davutoglu said it was a “historic” day.

“We today realized that Turkey and the EU have the same destiny, the same challenges and the same future.”

Donald Tusk stressed the agreement was no “silver bullet” and was just one part of the EU’s response to a crisis that has sharply divided the bloc’s members.

Angela Merkel said she was satisfied but added: “I have no illusions that what we agreed today will be accompanied by further setbacks.”

Since January 2015, a million refugees have entered the EU by boat from Turkey to Greece. More than 132,000 have arrived this year alone.

Tens of thousands are now stuck in Greece as their route north has been blocked.