A North Korean cargo ship has been seized in the Philippines in line with tightened UN sanctions targeting the country’s nuclear program.

Deputy presidential spokesman Manolo Quezon said the Philippines “has to do its part to enforce the sanctions”.

The Jin Teng cargo ship is one of 31 ships operated by North Korean company Ocean Maritime Management, which is subject to an asset freeze and sanctions.

The ship is currently docked in Subic Bay and is unloading palm kernels. 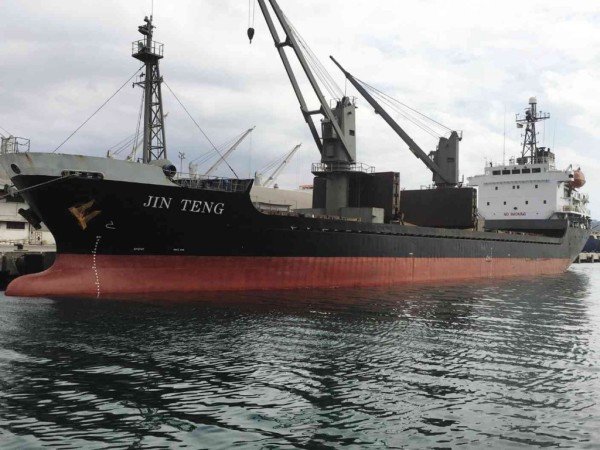 They include mandatory inspections of all cargo going to or from the DPRK.

The Philippines government says it will impound the Jin Teng and eventually deport the crew.

Safety issues were reportedly found during an inspection of the vessel by the Philippine coast guard on March 4.

He said the crew of 21 had been “very cooperative”.

Ocean Maritime Management was blacklisted by the UN Security Council in 2014 after one of its ships was seized in July 2013 near the Panama Canal with Cuban weapons hidden under sugar sacks.

The company was accused in 2015 of renaming and reflagging its vessels to evade asset freezes.

The Jin Teng was sailing under a Sierra Leone flag.

Pyongyang reacted to this week’s sanctions by firing six short-range missiles into the sea.

Kim Jong-Un later ordered that North Korea’s nuclear weapons should be “ready for use” at any time.