Home World Asia News Kim Jong-un: North Korea Must Be Ready to Use Nuclear Weapons at...

North Korean leader Kim Jong-un has announced that his country’s nuclear weapons should be ready for use “at any time”, state media report.

However, despite its rhetoric it remains unclear how advanced North Korea’s nuclear weapons program is.

The UN has imposed some of its toughest ever sanctions on North Korea following its nuclear test and missile launch.

In response on March 3, North Korea fired six short-range projectiles into the sea. 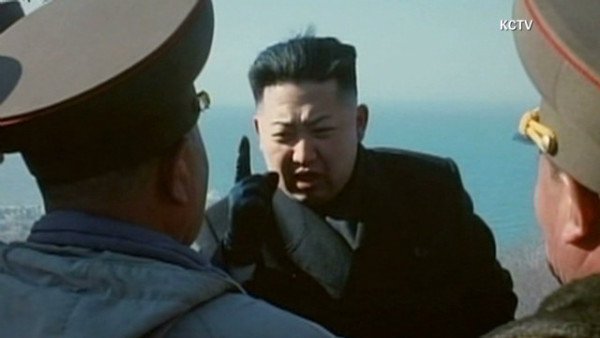 According to the KCNA, Kim Jong-un was speaking at a military exercise on March 3, which is thought to be when the projectiles were fired.

Kim Jong-un said North Korea “must always be ready to fire our nuclear warheads at any time” because enemies were threatening the North’s survival.

“At an extreme time when the Americans… are urging war and disaster on other countries and people, the only way to defend our sovereignty and right to live is to bolster our nuclear capability,” he was quoted as saying.

Analysts still doubt whether North Korea has the ability to make a nuclear bomb small enough to put on a feasible missile, but Kim Jong-un’s announcement brought a swift response from the US.

“We urge North Korea to refrain from provocative actions that aggravate tensions and instead focus on fulfilling its international obligations and commitments,” Pentagon spokesman Commander Bill Urban said.

The US and South Korea began talks on March 4 on the possible deployment of a US missile defense shield in the South.

Initial talks will focus on the costs, effectiveness and environmental impact of installing the Terminal High Altitude Area Defense (THAAD) system, among other issues, the Yonhap news agency reported.