North Korea has used 70% of wages earned by workers at Kaesong complex for its weapons program and luxury goods for the elite, South Korea claims.

Pyongyang has called the shutdown “a declaration of war”.

Kaesong was one of the last points of co-operation between the two Koreas.

North Korea reacted to the shutdown by expelling all South Koreans from the complex and freezing the assets of South Korean companies. It has also vowed to cut key communication hotlines with South Korea. 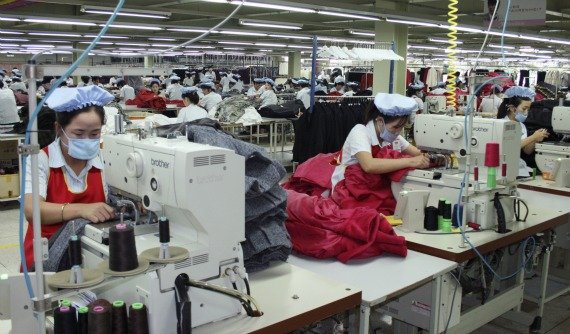 On February 14, South Korea’s unification ministry said in a statement the wages, in US dollars, had been paid to the government instead of directly to the workers.

“Any foreign currency earned in North Korea is transferred to the Workers’ Party, where the money is used to develop nuclear weapons or missiles, or to purchase luxury goods,” said Hong Yong-pyo, the unification minister, in a televised interview, referring to Pyongyang’s ruling communist party.

Hong Yong-pyo added that 70% of the money was kept by the North Korean government while workers were given tickets to buy food and essential items, and local currency. The South Korean government cited “multiple channels” as its sources for these claims but did not divulge how it had arrived at the percentage.

South Korea estimates about 616 billion Korean won ($508 million) had been paid to North Korea over the years.

Hong Yong-pyo was quoted by Yonhap news agency as saying that South Korea did not suspend operations earlier at Kaesong because “the international community recognized its significance”, and it shut it down this time because “North Korea was only going to intensify its weapons development, and we needed to make a decisive move to alleviate our people’s security concerns”.