East coast is prepared for a huge blizzard which is expected to dump near-record levels of snow on Washington and the Mid-Atlantic region.

More than 50 million people have been warned of a “potentially paralyzing storm” late on Friday, January 22, that will bring 24ins of snow within hours.

There are warnings the blizzard could cause power outages and will bring road and air travel to a halt.

A rush for supplies led to long queues and empty shelves at supermarkets.

The weather system has already proved to be deadly, with two drivers killed in North Carolina, one in Tennessee and a pedestrian dead in Maryland. 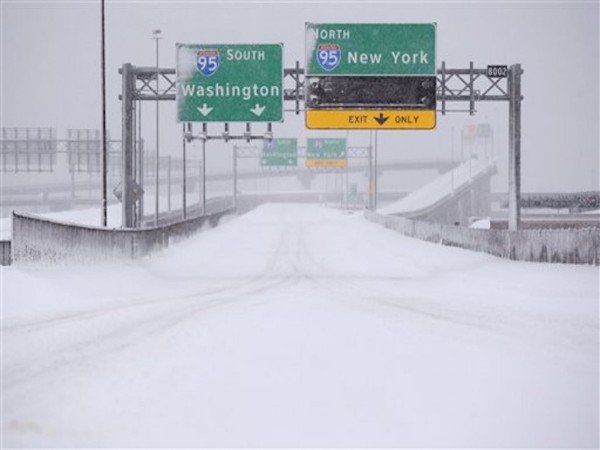 States of emergency has been declared in Maryland, North Carolina, Georgia, Pennsylvania, Virginia and the District of Columbia.

Washington DC’s transport system – the second busiest in the US – will close all weekend.

Garth Brooks has postponed two sold-out concerts in Baltimore due to the upcoming blizzard.

Schools across the region are closed on January 22 and airlines have issued waivers for travel, meaning passengers can rebook.

High winds could compound problems, with 30mph winds forecast for Manhattan on January 23, and even stronger gusts in Washington and Baltimore.

National Weather Service director Louis Uccellini said the system had “the potential of being an extremely dangerous storm that could affect over 50 million people”.

He added: “We are talking about a potentially paralyzing storm that is already setting up.”

The record snowfall for Washington is 28ins that fell during a two-day period in January 1922.

Boston, which bore the brunt of repeated snowstorms last year, is expected to escape relatively lightly this time, with just a few inches.