American student Otto Frederick Warmbier has been arrested in North Korea for committing a “hostile act” against the state.

He had entered North Korea as a tourist with the intention “to destroy the country’s unity”, said KCNA, which added that the US government had “tolerated and manipulated” him.

The agency did not give further details, but said he was now under investigation.

An official at the US embassy in the South Korean capital, Seoul, told Reuters it was aware of the arrest. 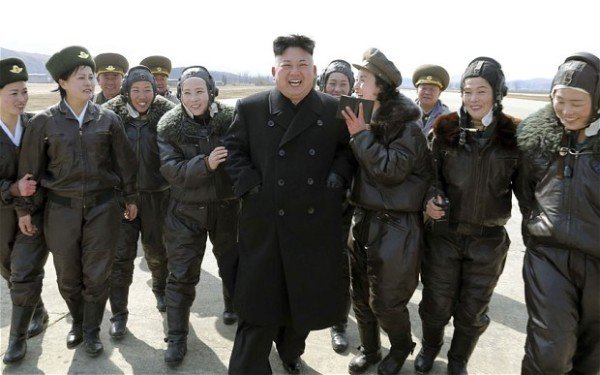 North Korea sometimes uses the detention of foreigners as a means of exerting pressure on its adversaries.

China-based tour agency Young Pioneer Tours released a statement confirming that Otto Frederick Warmbier had been detained while on one of their tours in Pyongyang, and said his family had been informed.

It had earlier told Reuters that Otto Frederick Warmbier was arrested on January 2.

“We are in contact with the Swedish Embassy… who are working with the Ministry of Foreign Affairs to address the case. We are also assisting the US Department of State closely with regards to the situation,” it said in the statement.

“In the meantime we would appreciate Otto’s and his family’s privacy being respected and we hope his release can be secured as soon as possible.”

Sweden represents US interests in North Korea as Washington and Pyongyang do not have diplomatic relations.

Otto Frederick Warmbier, listed by the University of Virginia’s directory as an undergraduate commerce student, is the third Westerner known to be held in North Korea.

Hyeon Soo Lim, a Canadian pastor of South Korean origin, was sentenced to life imprisonment in December for an alleged plot to overthrow the government.

A Korean-American is also thought to be in North Korean detention on charges of spying.

The latest incident comes amid escalating tensions, after North Korea said it had successfully tested a hydrogen bomb. The claim has not yet been confirmed.

The US is leading calls for new UN economic penalties against North Korea in the wake of the nuclear test.