The UK’s parliament is to debate on whether to ban Donald Trump from visiting the country.

The lawmakers will discuss a petition, which has attracted 574,000 signatures, urging a ban following Donald Trump’s call for all Muslims to be denied entry to the US.

They will also debate a counter-petition, signed by 43,000 people, claiming such a ban would be illogical.

Donald Trump’s spokeswoman said it was an “absurd waste” of lawmakers’ time.

The Republican presidential hopeful called for a temporary ban on all Muslims entering the US in response to the shooting of 14 people in San Bernardino, California in December.

Donald Trump’s comments were criticized across the political spectrum in the US and Europe. He caused further anger by claiming that areas of London and other parts of the UK have become so radicalized that they have become no-go areas for the police. 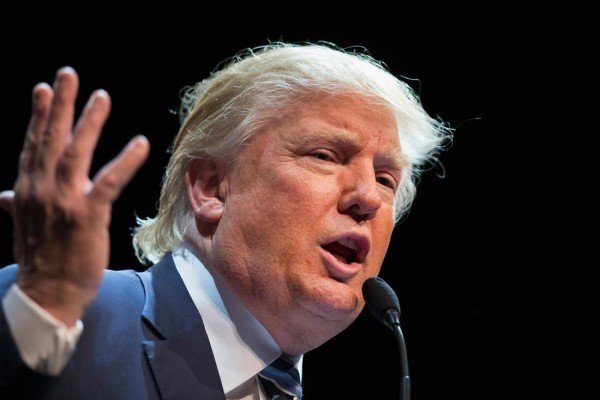 The tycoon is leading several opinion polls in the race to be the Republican candidate for President ahead of the first primary contest in February.

All public petitions which attract more than 100,000 signatures are considered for debate by the House of Commons petitions committee.

The “Ban Trump” petition states that the UK “has banned entry to many individuals for hate speech” and argues that the rules must be “fairly applied to the rich as well as poor”.

The counter-petition argues that foreign nationals should not be banned “for their opinions on domestic actions” and that a ban would risk damaging US-UK relations given the possibility of a Trump victory in November’s election.

Today’s debate will take place in Westminster Hall, the Commons’ secondary debating chamber, rather than the main Commons chamber itself. There will be no vote at the end of it.

The UK home secretary has the power to ban people from entering the country on grounds of national security, if they are thought likely to incite racial hatred or if they are deemed not to be “conducive to the public good”.

Conservative home secretary Theresa May has banned more than 200 people since 2010, according to figures published last year, although she has declined to comment on whether Donald Trump could be added to the list.

PM David Cameron and opposition leader Jeremy Corbyn have both said they would not want to see Donald Trump excluded, arguing he should be encouraged to visit to see first-hand the UK’s diversity, cohesion and tolerance.

However, former Scottish first minister Alex Salmond, who has been involved in a war of words with Donald Trump in recent months, has suggested a ban “would do him good”.

Donald Trump, who owns the Turnberry golf course among other assets in Scotland, has threatened to cancel $1.1 billion of planned investment if he is blocked from returning to the UK.

Ahead of the debate, Trump International Links Scotland issued a statement saying lawmakers should be spending their time debating the problems facing the Scottish and UK economies.

“For the UK to consider banning someone who made a statement in America, about American borders during a US election campaign is ridiculous,” said Sarah Malone, the company’s executive vice president.

“Westminster is creating a dangerous precedent on this issue and is sending a terrible message to the world.”