Home World U.S. News Donald Trump Urged to Apologize to Muslim Woman Kicked out of His...

Donald Trump has been urged by the Council on American-Islamic Relations (CAIR) to apologize to a Muslim protester ejected from one of his rallies.

Rose Hamid was removed after making a silent protest on January 8. 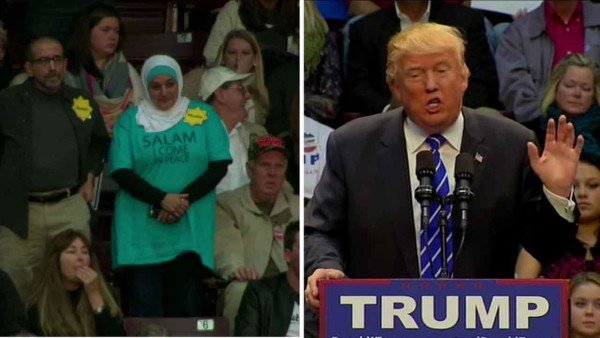 During the rally in the town of Rock Hill, Rose Hamid stood up wearing a T-shirt bearing the words: “Salam, I come in peace.”

“Salam” is the Arabic word for peace.

When Rose Hamid stood up, the crowd around her began chanting “Trump! Trump!” as they had reportedly been instructed to do in the event of any interruption.

Rose Hamid, a 56-year-old flight attendant, was then told by a security officer that she had to leave. She was booed as she was escorted out.

CAIR said that as well as apologizing to Rose Hamid, Donald Trump should “make a clear statement that American Muslims are welcome as fellow citizens and as participants in the nation’s political process”.