The execution of Saudi Arabia’s prominent Shia cleric Sheikh Nimr al-Nimr has sparked anger and protests in Shia communities across the region.

Protests have taken place in Saudi Arabia’s Shia-majority Eastern Province, in Bahrain and several other countries.

Sheikh Nimr al-Nimr was a vocal supporter of mass protests in the province in 2011.

He was a prominent, outspoken cleric who articulated the feelings of those in Saudi Arabia’s Shia minority who feel marginalized and discriminated against. 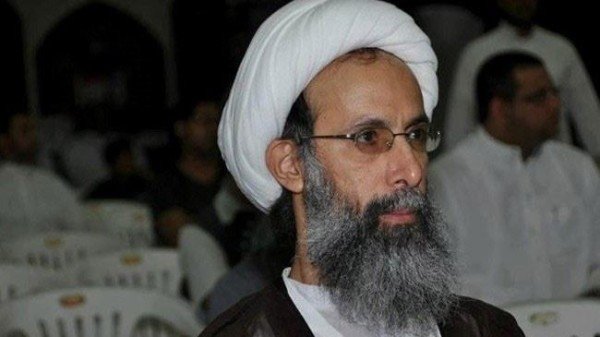 Sheikh Nimr al-Nimr was among 47 people put to death on January 2 after being convicted of terrorism offences.

In the early hours of January 3, unconfirmed reports from Tehran said that the Saudi embassy in the Iranian capital had come under attack from protesters.

Iranian officials have been strident in their condemnation of the execution. The foreign ministry said the Sunni kingdom would pay a high price for its action, and it has summoned the Saudi charge d’affaires in Tehran in protest.

Saudi Arabia in turn summoned the Iranian envoy “and handed him a strong-worded protest note on the aggressive Iranian statements”, a foreign ministry statement said.

The website of Iran’s Supreme Leader Ayatollah Khamenei posted a picture suggesting the execution was comparable to the actions of ISIS.

As the Shia power in the region, Iran takes huge interest in the affairs of Shia minorities in the Middle East.

However, one of the principal concerns of the Saudis is what they see as the growing influence of Iran in places like Syria, Iraq and elsewhere.

At least one protest march was held in Qatif, in Saudi Arabia’s Eastern Province, defying a ban on public protests.

Protesters shouted the slogans “The people want the fall of the regime”, and “Down with the al-Saud family”, reminiscent of the 2011 protests in the wake of the Arab Spring.

Sheikh Nimr al-Nimr ‘s arrest in 2012, during which he was shot, triggered days of protests in Eastern Province in which three people were killed.

January 2 executions were carried out simultaneously in 12 locations across Saudi Arabia. Of the 47 executed, one was a Chadian national while another was Egyptian. The rest were Saudis.

Sheikh Nimr al-Nimr ‘s family said he had been found guilty, among other charges, of seeking “foreign meddling” in the kingdom but his supporters say he advocated only peaceful demonstrations and eschewed all violent opposition to the government.