Rwandan President Paul Kagame has confirmed that he will seek re-election for a third term in 2017.

The announcement was expected after a referendum approved constitutional changes to allow him to run for three further terms and could potentially see him to stay in power until 2034.

Paul Kagame said Rwandans had made clear they wanted him to lead the country after 2017, and he could only accept.

He has dominated Rwandan politics since his rebel army ended the 1994 genocide. 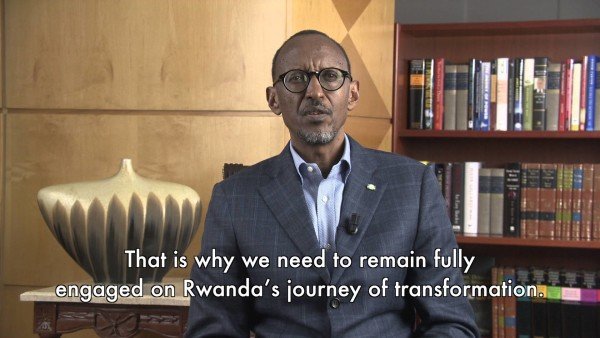 In his New Year’s address at midnight, Paul Kagame, 58, said Rwanda did not need a president for life, and that someone else would take over sooner rather than later.

“You requested me to lead the country again after 2017. Given the importance and consideration you attach to this, I can only accept.

“But I don’t think that what we need is an eternal leader,” he said.

Part of the president’s New Year’s message was directed towards his critics abroad.

Paul Kagame was clearly telling them that democracy was at work in Rwanda and that he was only responding to the people’s wishes.

The US and the EU have said Paul Kagame should step down in 2017 to allow a new generation of leaders to emerge.

They also denounced the results of the referendum, saying voters were not given enough time to make informed decisions.

Paul Kagame has received widespread praise for bringing economic development to Rwanda, but critics have also accused him of a heavy-handed rule.

Rights groups accuse the government of stifling the media and political opposition.

Paul Kagame became acting president in 2000 and was then elected in 2003 and 2010. However, he has effectively held power since 1994, when his rebel force entered the capital, Kigali, to end the country’s genocide.