Home Entertainment Give The Gift Of A Gibson This Holiday

With the holidays just around the corner, you’ve already made your list and checked it twice. If the guitarist in your life has been more nice than naughty, then it’s the perfect season to surprise them with the gift of a lifetime. Whether they’re an accomplished musician or a motivated beginner, a Gibson is a fine guitar that would make an exceptional gift. 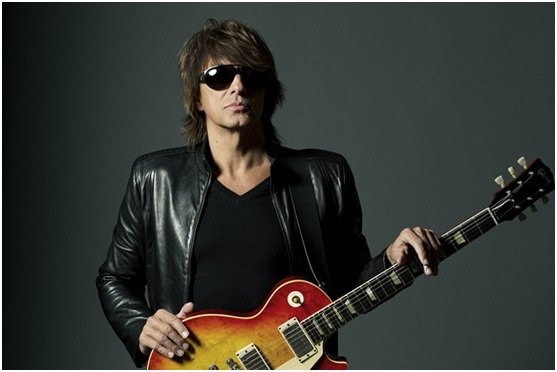 With over 100 years of history, Gibson has a reputation for making excellent guitars that appeal to players across genres and decades. Nearly every one of your rock heroes – young and old – have played one, including Dave Grohl, Eric Clapton, Jimmy Page, Joan Jett, and Eric Lifeson. Country artists like Willie Nelson, Emmylou Harris, and Sheryl Crow are members of the Gibson crew too. In fact, some of your favourites have their very own signature line of Gibson guitars to their name. Jimmy Page, Eric Clapton, Slash, and Joe Perry each have developed a unique spin on the Gibson brand.

Though these signature series may be out of your budget, there are plenty of more economical choices for your gift. Gibson is best known for the Les Paul, which paved the way for Rock ‘n’ Roll with its solid body. But the Firebird, ES-175, SGs, Flying V, ES-335, and the Explorer are all popular models that have become classics alongside the Les Paul. Whichever model you take a look at, you have to know that they’ll have slightly different tones, ranging from hot to fat. This means some are more appropriate for rock, blues, or country.

It’s likely that the guitarist in your life has already figured out what genre they want to play, so you won’t be struggling with that question. You might get lucky and they’ll also already have a particular Gibson in mind. If not, don’t be shy about taking them to a musical instrument store. Feign that you’re interested in learning the instrument yourself while subtly asking them very pointed questions about their preferences. Within no time at all, your loved one will let you know which Gibson is their favourite – and they may even play it for you!

It will probably come as a shock for them to realize an afternoon looking at guitars was just a ruse for getting them a gift, but they’ll be grateful all the same. And why wouldn’t they be? It’s a thoughtful, practical, and downright cool present. So get that Gibson guitar for the musician in your life, and give one of the best presents this holiday!