New York authorities have found the mother who left her newborn baby in a manger in a nativity scene in a church on November 23.

The woman will not be charged, officials say.

The district attorney of Queens said the mother had been interviewed but he would not name her.

New York’s safe haven law allows newborns to be left anonymously at a church but it must be left with someone or the authorities must be alerted.

In a statement on November 25, Queens District Attorney Richard Brown said: “After a full review of all the facts and circumstances surrounding the discovery of a newborn infant this past Monday in a crèche inside of Holy Child Jesus church – including locating and interviewing the mother – my office has determined that no criminal prosecution of the child’s mother is warranted.” 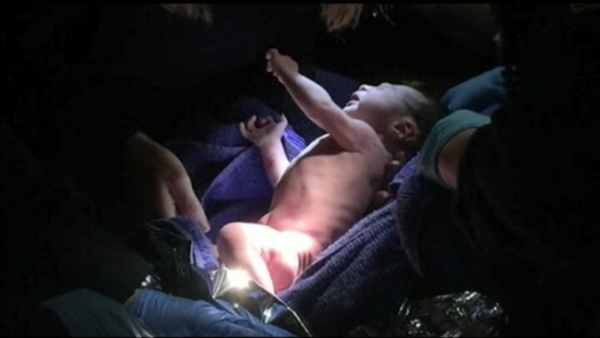 He added: “It appears that the mother, in this case, felt her newborn child would be found safely in the church and chose to place the baby in the manger because it was the warmest place in the church, and further she returned the following morning to make certain that the baby had been found.”

The newborn had been found by church custodian Jose Moran after he returned to the empty chapel after lunch on November 23.

Jose Moran heard the baby crying and found it wrapped in towels in the manger with its umbilical cord still attached.

CCTV footage showed the mother arriving at the church with the baby and leaving without him.

Other footage had shown the woman earlier entering a shop and leaving with newly bought towels.

Emergency services took the baby to hospital where he is in good health.

Churches, hospitals, fire stations and police stations can all be safe havens for leaving babies anonymously.