The 24th James Bond movie stars Daniel Craig and Lea Seydoux, along with producer Barbara Broccoli, were presented with an official certificate on November 9.

The official title holder is Oscar-winner Chris Corbould, who created the explosive scene for the movie.

The 7.5 second scene was shot in Morocco.

The blast used 68.47 tonnes of TNT equivalent and was the result of detonating 8,418 liters of kerosene with 33 kg of powder explosives. 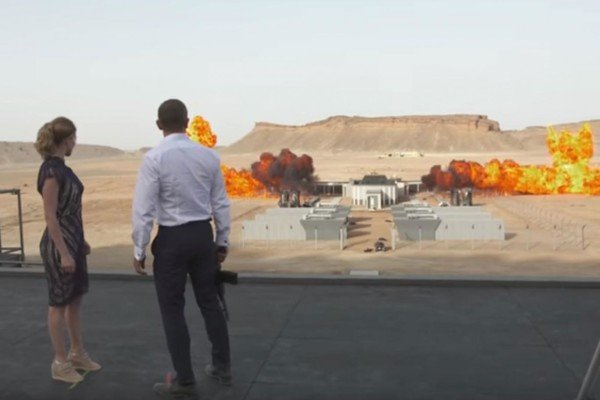 Guinness World Records editor-in-chief Craig Glenday added: “The James Bond movies are synonymous with pushing cinematic boundaries. The scene featuring the world’s largest film stunt explosion is spectacular and will live long in the memory as one of the outstanding moments in the Bond franchise.”

Chris Corbould won an Oscar for Inception in 2010.

Spectre is currently at the top of the North America and UK box offices, with earnings of $73 million in its opening weekend.

However, the movie failed to beat the performance of the last James Bond movie Skyfall in the US and Canada, which took $88.4 million in 2012.

Records were also set in Norway, the Netherlands, Finland and Denmark.