Forty two pensioners on a day trip have been killed after their bus collided with a truck and burst into flames in south-western France.

The collision happened near Puisseguin in the Gironde wine region, east of Bordeaux, shortly after the bus had set off from a neighboring town.

French President Francois Hollande said he was “plunged into sadness by the tragedy”.

This is the worst French road disaster since 1982, when 52 people died.

France’s PM Manuel Valls has arrived at the scene.

The crash happened on a country road at around 07:30 local time.

The bus was involved in a head-on collision with the timber truck at what local residents described as a notoriously dangerous bend in the road. 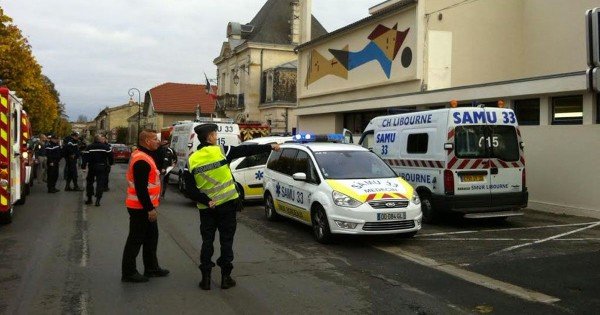 Most of the dead were the elderly passengers who become trapped in the bus. It was not clear if the bus driver was among the dead. The truck driver was originally included in the death toll, but unconfirmed reports say he may have managed to escape.

Most of those on board the bus were reported to have been members of an elderly people’s association from the small town of Petit-Palais-et-Cornemps, which has a population of just 700, along with others from neighboring communities.

They had not long left on their journey, and were heading south for a day trip into the Landes region.

Marie Fulbert, a council official from the nearby town of Libourne, said they were still waiting for news of who was on the bus and said they had taken “a lot of calls from friends and family”.

More than 60 firefighters attended the scene. The wounded were airlifted to hospital.

The exact cause of the crash is not yet clear.

Francois Hollande, who is on a visit to Athens, has promised a full investigation into what he called an “immense tragedy”.