At least 42 people have been killed and more than 100 injured in two bomb attacks in north-eastern Nigeria, officials say.

Twenty seven people died when a bomb targeted a newly opened mosque in the town of Yola.

Earlier, 15 people were killed in a suicide bombing in Maiduguri. 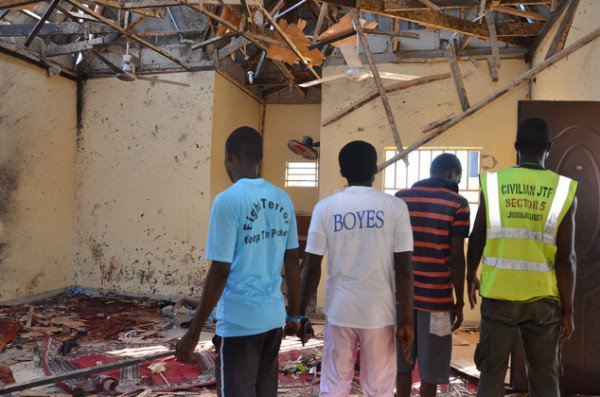 It is not clear who carried out the bombings but the Islamist militant group Boko Haram has carried out many attacks in the area.

Boko Haram has targeted both Christians and Muslims who do not adhere to their ideology.

The first blast, in Maiduguri, occurred early on Friday, October 23, as worshippers arrived for dawn prayers.

An eyewitness told AFP that there was one suicide bomber involved.

The second, larger blast targeted worshippers attending Friday prayers at a newly inaugurated mosque in the Jimeta area of Yola.

Thousands of people have been killed and millions forced to leave their homes by Boko Haram violence in recent years.