Home World U.S. News Edward Snowden Is on Twitter and Follows Only NSA

The fugitive NSA contractor’s opening tweet was: “Can you hear me now?”

He quickly gathered thousands of followers. 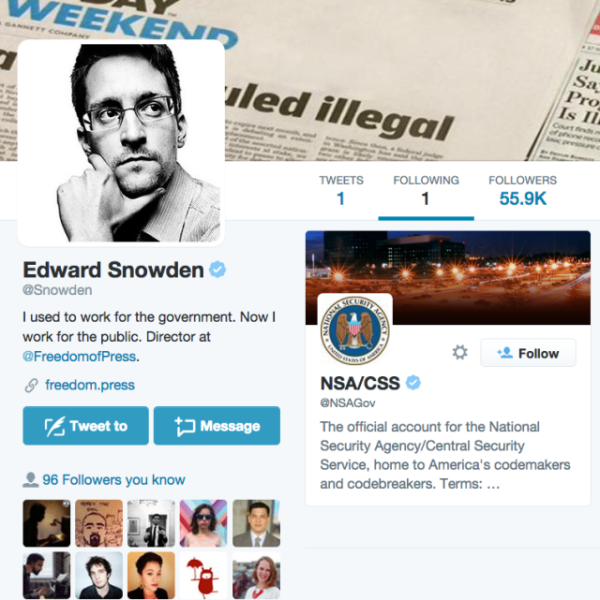 So far, Edward Snowden, who is wanted in the US for leaking secrets, only follows one other Twitter user – the National Security Agency (NSA).

Edward Snowden is believed to be living in Moscow where he is sheltering from US prosecutors.

He left the United States in 2013 after leaking to the media details of extensive internet and phone surveillance by US intelligence.

His information made global headlines when the Guardian reported that the NSA was collecting the phone records of tens of millions of Americans.

Edward Snowden is believed to have downloaded 1.7 million secret documents before he left the United States.