Catalonia is voting in regional elections that nationalist parties hope will set them on the road to independence from Spain.

Two separatist parties have joined forces, and are aiming to secure a majority of seats in parliament – 68 out of 135.

They say this would allow them to unilaterally declare independence within 18 months.

Spain’s central government in Madrid has pledged to block in court such moves.

Polls suggest a majority of Catalans favor a referendum on independence but are evenly divided over whether they want to secede.

Polling stations in the wealthy north-eastern province have opened open at 09:00 local and will close at 20:00.

More than five million people are eligible to cast their votes. 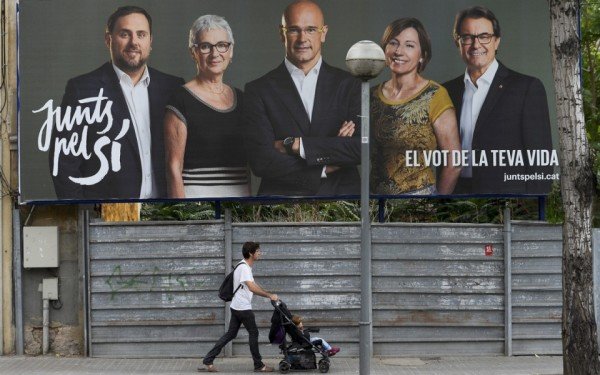 Artur Mas’ ruling Convergencia party and Esquerra Republicana have created a single list of candidates – under the banner “Junts pel Si” (Together for Yes).

They say that September 27 vote is a de facto referendum on independence from Spain.

They argue that the Spanish government has consistently refused to allow a legally recognized referendum, ignoring an unofficial vote backing independence in November 2014.

The anti-independence vote in Catalonia is split between a number of groups, including Spanish PM Mariano Rajoy’s Popular Party.

The centre-right government in Madrid has described any breakaway plans as “a nonsense”.

Mariano Rajoy argues that because the loss of Catalonia would affect all of Spain, the democratic approach would be for all of the country to vote in a referendum on Catalonia’s future.

At the same time, if “Together for Yes” fails to gain a majority it would be tantamount to a serious defeat for the pro-independence movement.