With more than 90% of the votes counted, the main separatist alliance and a smaller party won 72 seats in the 135-seat regional parliament.

They said earlier a majority would allow them to declare independence from Spain unilaterally within 18 months.

Spain’s central government has pledged to block such moves in court.

With nearly 94% of the votes counted, the “Junts per Si” (“Together for Yes”) won 62 seats, while the far-left separatist CUP party is expected to secure 10 mandates. 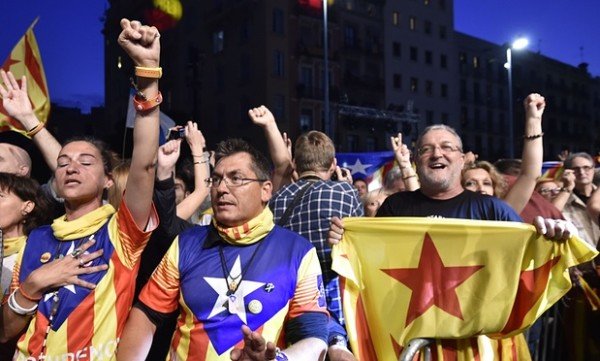 The pro-independence parties said ahead of the vote that they considered it a de facto referendum on independence from Spain.

They argue that the Spanish government has consistently refused to allow a legally recognized referendum to take place, ignoring an unofficial vote backing independence in November 2014.

Opinion polls suggest a majority of Catalans favor a referendum on independence but are evenly divided over whether they want to secede.

Polling stations in the wealthy north-eastern province opened at 09:00 local time and closed at 20:00.

More than five million people were eligible to vote.

Arturo Mas’ ruling Convergencia party and the Esquerra Republicana party put up a single list of candidates – under the “Together for Yes” banner.

The anti-independence vote in Catalonia was split between a number of groups, including Spain PM Mariano Rajoy’s Popular Party.

The centre-right government in Madrid has described any breakaway plans as “a nonsense”.

Mariano Rajoy argues that because the loss of Catalonia would affect all of Spain, the democratic approach would be for all of the country to vote in a referendum on Catalonia’s future.