According to German media, a VW engineer warned the automaker about cheating over its emission tests as early as 2011.

Separately, Bild am Sonntag said the internal inquiry had found that parts supplier Bosch had warned VW not to use its software illegally.

Last week VW apologized for cheating on emissions tests in the US. Some 11 million VW diesel cars built since 2008 are affected by the scandal. 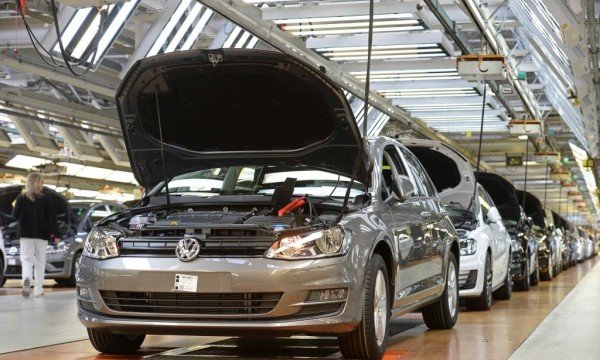 They had devices which could detect when the engine was being tested and could change the car’s performance to improve results.

Citing unidentified sources, Bild said Bosch had warned VW as early as 2007 that its software should only be used in company tests and not for normal driving.

Last week VW CEO Martin Winterkorn was forced out over the scandal and replaced by Matthias Muller, the former head of Porsche.

As well as shocking VW customers, the scandal has stunned investors in the world’s largest automaker.

The debt products issued by Volkswagen are under review by the European Central Bank (ECB).

The ECB has been buying debt products from big companies, including VW, as part of its scheme to boost the eurozone economy.

Following VW’s admission that it cheated emissions tests, the ECB is reviewing its purchase of debt from the automaker.

In particular, the ECB is examining debt backed by loans to buyers of VW cars.

The products, known as asset-backed securities, have been popular investments as they offer a relatively high rate of return in an era when interest rates are low.

Such debt is also very important to car makers and allows them to finance loans to customers.

The indication of concern by the ECB will be a worry for other investors in that debt and could affect VW’s ability to raise money.

On September 25, Switzerland temporarily banned the sale of VW diesel-engine models which could have devices capable of tricking emission tests.

It said the move could affect 180,000 cars – not yet sold or registered – in the Euro5 emission category.

In the US, the EPA’s findings of the scandal cover 482,000 cars, including the VW-manufactured Audi A3, and the VW brands Jetta, Beetle, Golf and Passat.

VW has admitted that about 11 million cars worldwide are fitted with the so-called “defeat device” – 2.8 million of them in Germany – and further costly recalls and refits are possible.