Japan’s core consumer price index (CPI), fell on an annual basis for the first time in over two years in August.

The CPI, which includes oil but not fresh food prices, declined 0.1% from a year ago – the first drop since April 2013.

The headline consumer price index rose 0.2% from a year ago, but remained flat from the previous month. 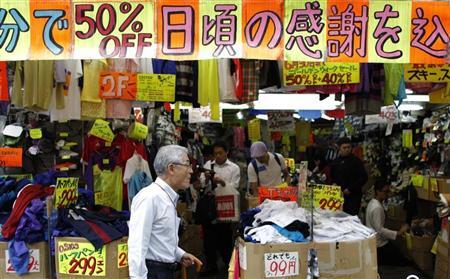 PM Shinzo Abe and Bank of Japan have pledged to get the economy out of the deflation it has been battling for years.

Even though the fall in prices in August was expected, economists said the latest reading would result in Japan’s central bank stepping up its pace of easing in October.

Japanese Economics Minister Akira Amari told the media on September 25 that it was up Bank of Japan to take appropriate steps on monetary policy after the data came out.