Construction and mining equipment maker Caterpillar has announced it could cut its workforce by more than 10,000 by 2018.

Caterpillar is looking to reduce annual costs by $1.5 billion by the end of 2016.

The company has been hit by the collapse of commodity prices which have affected its key customers in the mining and energy sectors.

It has reduced its revenue forecast for this year by 2% to $48 billion and says 2016 earnings will fall 5%.

It will be first time in Caterpillar’s 90 year history that sales revenues have fallen for four years in a row. 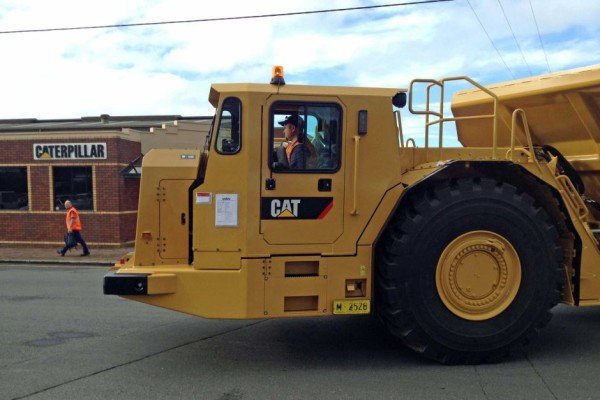 Caterpillar shares were the biggest faller on the Dow Jones index on September 24, losing almost 6% as the market opened.

Doug Oberhelman, Caterpillar chairman and chief executive, said: “We are facing a convergence of challenging marketplace conditions in key regions and industry sectors – namely in mining and energy.”

Caterpillar warned there could be a “total possible workforce reduction of more than 10,000 people” and said it expected to close some 20 manufacturing facilities over the next three years.

Doug Oberhelman said: “While we’ve already made substantial adjustments as these market conditions have emerged, we are taking even more decisive actions now.

“We don’t make these decisions lightly, but I’m confident these additional steps will better position Caterpillar to deliver solid results when demand improves.”