John Boehner will resign from his position as speaker of the House and give up his seat at the end of October.

He has been under pressure from the conservative wing of the Republican Party, and in particular over government funding for Planned Parenthood.

Aides say John Boehner had planned to resign since 2014.

The announcement comes one day after the speaker hosted Pope Francis for a major address to the US Congress.

John Boehner is expected to make a public announcement at 10:30 local time.

He assumed the leadership position in January 2011, when Republicans took control of the House. 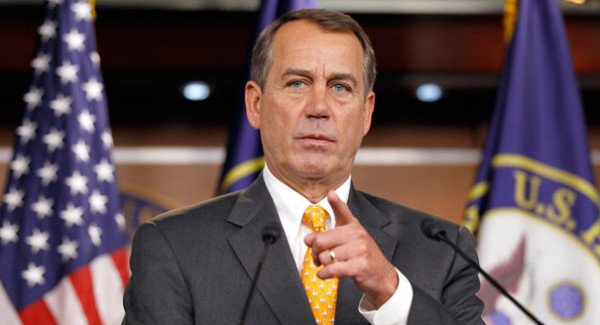 The organization has come under fire from anti-abortion activists who claimed its employees were selling fetal organs.

Hard-line conservatives have urged the leadership to stall a government funding bill – a move that could see the US government shut down next week for the second time in as many years – if language defunding the healthcare provider is not included.

Reuters is reporting that Rep Steve King has told reporters that Rep Kevin McCarthy is top pick to replace John Boehner as speaker.

Rep Bill Huizenga said in a tweet that the speaker made the announcement to his conference this morning.

In a statement, John Boehner’s staff said that he had intended to resign at the end of last year, but the surprise defeat of then House Majority Leader Eric Cantor “changed that calculation”.

On September 24, Pope Francis became the first pontiff to address a joint session of Congress following an invitation from the catholic House speaker.